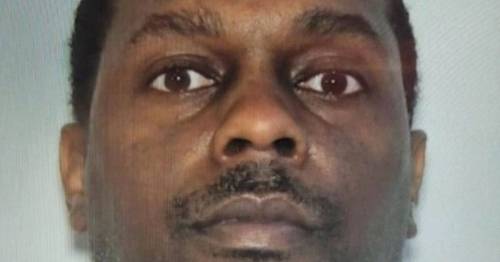 A convicted criminal sparked chaos at an American airport after "accidentally" firing a gun in the terminal and injuring three people.

Atlanta police launched a search for Kenny Wells, 42, who fled Hartsfield-Jackson Atlanta International Airport after the weapon went off.

Officers believe the gun was in the man's bag and that Wells ran away with the weapon in his hand.

The man is facing charges of carrying a concealed weapon at a commercial airport, possession of a firearm by a convicted felon, discharging a firearm and reckless conduct.

The shooting sparked chaos at the airport
(

The incident happened at 1.30pm yesterday when the passenger's bag was flagged for a "secondary search" after the x-ray screening at the airport detected a "prohibited item", Robert Spinden, the TSA's federal security director for Georgia, said during a news conference.

He explained: "During that secondary search, the passenger lunged into his property, grabbing a firearm that was located inside, which ultimately discharged.

"The passenger then fled the security checkpoint through an adjacent exit lane with his firearm."

People fled the airport after the gun went off
(

Luggage was left on the floor as people escaped
(

He added: "We're fortunate that when the firearm went off, nobody was seriously injured."

Three people were injured in the incident, but their injuries are not considered to be life-threatening.

A source told CNN that two of the people were taken to the hospital and that the three victims were not shot, but were hurt while the airport was evacuated.

Images from inside the airport show confusion as people fled to safety, with line dividers being knocked down and some passengers lying on the ground.

Airport spokesperson Andrew Gobeil said the discharge was accidental and that the noise created by the weapon created a "sense of chaos".

Dianne Callahan, who was travelling with her son and had boarded her flight to New York, said she heard screams outside and that some people were trying to get on the plane even if they were supposed to board a different flight.

A police investigation is ongoing and a search for Wells, who is a convicted felon, continues.

Previous : Collin Morikawa wins DP World Tour Championship to become first American No. 1 in Europe
Next : UK Covid cases above 40,000 for fourth day in a row – as another 61 people die