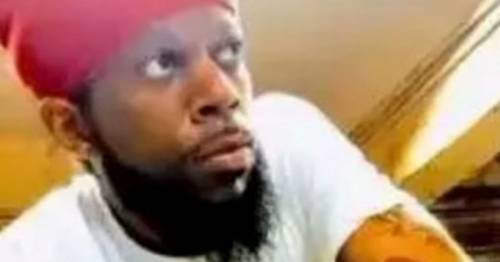 A commuter died in a freak accident after he was dragged to death when his foot got trapped in a train door, it is reported.

Marcus Bryant, 37, was getting off the Q-train at Brooklyn Station, New York, on 15 June when his foot became stuck between a train door and the platform.

It was at 11.50pm when Bryant was trying to free his foot from the trapped door on New York's Subway but, as the train started to leave, he was dragged screaming.

Police say he was then thrown onto the tracks but as he fell he was tragically hit by a train – as it came into the station just minutes later.

However, authorities are uncertain on how he died as NYC Transit President, Richard Davey, said they are focusing their investigation on whether the correct door procedures were followed.

Mr Davey, president of New York City Transit, said: "We do not believe this was a door incident.

"It was a tragic accident last night. Our hearts go out to the victim and his loved ones.

"We’re also here to find out what happened and make sure it never happens again.

"A conductor should have his or her head out the window when the doors close and be looking to the left and to the right for approximately 75 feet. That's our normal protocol."

His foot got caught in the door of a subway train

Police are still reviewing the footage of the incident and both train crews involved have been removed from their jobs while authorities investigate.

The incident has left many commuters uncertain about their journey's as one resident told CBS New York New York City's transit system is "a nightmare and needs sorting."

So far this year there has been 89 people struck by trains in New York City, according to the New York City Police Department.

Previous : Russian helicopter blasted by Ukrainian missile before crashing in huge fireball – World News
Next : Mum swarmed by jellyfish as soon as she entered water is left covered in painful stings