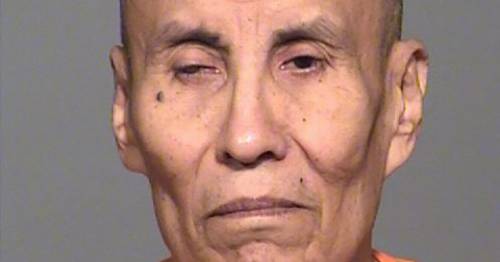 The first person to be executed in Arizona since 2014 recalled his murder victim in his chilling last words.

Clarence Dixon was executed by lethal injection at 10.30am local time after being sentenced to death for the murder of university student Deana Bowdoin in 1978.

The 66-year-old was executed at the Central Unit of the Arizona State Prison Complex in Florence, Arizona.

Clarence Dixon's last words, according to a witness to his execution, were: "Maybe I'll see you on the other side, Deana. I don't know you and I don't remember you."

According to ABC News, at another point, he also said: "I know you're seeing this, Deana. You know I didn't kill you."

Details of his last meal have been shared
(

There was 11 minutes between the time the drugs were administered to when Dixon was pronounced dead, according to a witness.

The drugs were administered at 10.19am and he Dixon pronounced dead at 10.30am, reports said.

His last meal was Kentucky Fried Chicken, a half-pint of strawberry ice cream and a bottle of water, according to documents provided to media on Wednesday.

The case had been unsolved for decades beforehand.

A judge ruled on Friday that Dixon was mentally fit to be executed.

Leslie James, Bowdoin’s sister, released the following statement ahead of Dixon’s execution: "Deana was a beautiful person, inside and out. She was only 21 and in her last semester at ASU when she was violently taken from my family."

She said the last 44 plus years of reliving the murder as well as the trial had been horrific for the family.