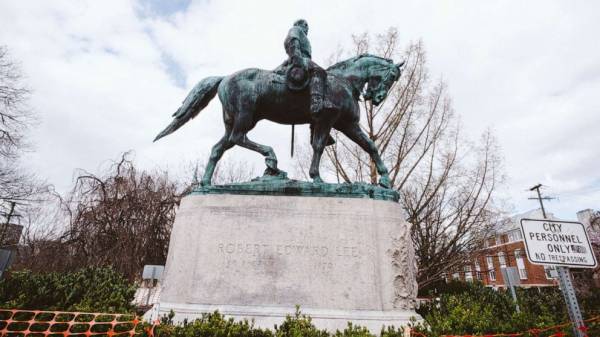 Nearly four years after white supremacists marched through Charlottesville, Virginia, protesting a proposal to take down a Confederate statue, city leaders have unanimously voted to remove the Robert E. Lee monument — and another.

The Charlottesville City Council voted Monday night to remove the Lee statue from Market Street Park as well as a statue of Confederate Gen. Stonewall Jackson from Court Square Park. The decision ends years of back and forth between leaders and statues’ supporters, and legal challenges.

In a statement released after the vote, the council said the statues’ pending removal is “a major step forward toward telling a more complete history of our community.”

“We look forward to transforming our downtown parks by removing these racist symbols of Charlottesville’s past. There remains much work to be done in Charlottesville’s future as we work towards the goals of racial and economic justice, but this is an important milestone in that journey,” the City Council said in a statement.

Over the next 30 days, city leaders said they’ll seek out interest from groups, including museums and historical societies, that may wish to relocate the statues.

A petition for the Robert E. Lee statue first was submitted to the City Council in 2016, citing its ties to the Confederacy and racism.

The proposal angered several far-right groups, some with alleged neo-Nazi ties, and many of them organized a rally in August 2017 to protest the removal. Many carried torches as they marched and allegedly shouted hateful comments about minorities, including Jewish people. Fights broke out with counter protesters.

Heather Heyer, 32, was killed during protests when a car driven by a right-wing supporter slammed into her and other counter-protesters. James Alex Fields Jr., the driver of that vehicle, was convicted of first-degree murder.

The Washington Post via Getty Images, FILEPeople march with white nationalists and white supremacists carrying torches in a “Unite the Right” rally that paraded through the University of Virginia campus in Charlottesville, Va., Aug. 11, 2017.

At the time, President Donald Trump defended the far-right groups claiming there “There were very fine people on both sides.”

Lawsuits by statues’ supporters were filed and halted the removals, however in April the Virginia Supreme Court overturned a lower court ruling that contended state law protected the monuments.

Previous : Meghan and Harry have ‘done nothing but seek publicity’ since Megxit, royal aide claims
Next : U.S. Fed’s reverse repo volume surges to record half a trillion dollars