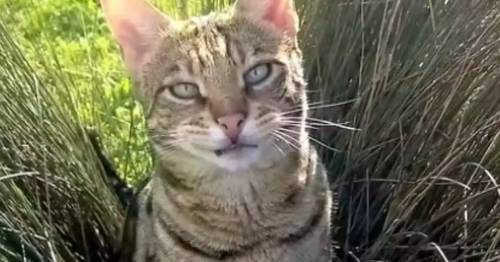 A cat owner has been awarded a 'historic' £100K settlement after its owner was wrongly fined for its bad behaviour.

Anna Danieli, from Washington, US, owns a pet cat called Miska who had received more than 30 fines and violations worth £25k.

And at one point in 2019, her beloved cat was removed from her ownership by animal control officials who had made complaints about the cat.

According to Ms Danieli's lawyers, the animal officers who made the complaints were in fact living in the same neighbourhood as Anna.

However, she eventually reached a settlement with King County and the City of Bellevue after receiving more than 30 violations and fines worth £25k

The owner received more than 30 fines worth £25k
(

Ms Danieli’s lawyer Jon Zimmerman said: “This case was about the unjustified and incredible prosecution of a domestic house cat in Bellevue.

“This was really an historic settlement involving a cat in the state of Washington.”

Mr Zimmerman added: "Miss Danieli didn’t even know this individual, who had been the manager of animal control, this individual in her neighbourhood had actually been filling these complaints until later on in the case."

A spokesperson for the City of Bellevue said that it was committed to “improving our policies.”

Brad Harwood told Fox13 Seattle: “While this was a unique situation for the City of Bellevue.

"We are hopeful that our updates to city code – regarding civil offences involving animals – will help ensure that future scenarios are resolved earlier and more clearly so pet owners and their neighbours can live without disruption."