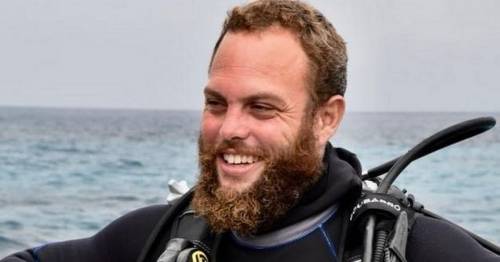 The family of a British scuba instructor are trying to raise funds to bring him home from the US after suffering a horrifying accident that landed him in hospital.

Gareth Crouth, 42, suffered a stroke which led him to fall into a swimming pool and nearly drown while visiting a friend in Kentucky last week.

He is still in hospital in Cincinnati, Ohio and because his health insurance has expired, his family face a massive bill to get him home, ChronicleLive reports.

Gareth, who moved to Northumberland with his family at the age of 18 from South Africa, suffered a fractured spine and is having problems breathing independently.

He suffered a second stroke while in hospital, which has caused further complications.

His family don't know when they can bring him home but has already started a GoFundMe to raise the funds.

Sister Lauren-Lee told ChronicleLive: "He was working as a scuba diving instructor. He's lived a nomadic life really, but Northumberland is the only place he ever really lived long enough to call home.

"Last week he was visiting friends in Kentucky, they were just hanging out. But then he had a stroke and fell into the pool.

"He was drowning, but his best friend was able to pull him out and resuscitate him. They realised he had damaged his spine and then there was also fluid build-up in his lungs.

"On Saturday he had another stroke which has affected him. Our focus now is to get him back to breathing on his own so we can bring him home.

"As soon as he can breathe by himself we would like to get the repatriation flight, but we will need to fund this ourselves. Because of the medical complications, we're not really sure how much will be needed."

Currently, Gareth has trouble with mobility and will need intensive physiotherapy.

Before his accident, he was incredibly active and was an MMA fighter.

His mum Heather is now at his bedside in the US – and reports how, though his communication is limited at this stage he is fighting hard.

Family, also including dad Tony and brother Anthony are working with the family GPs to prepare for bringing him home – though they don't yet know the scale of the medical support he will require when he is able to be repatriated.

Lauren-Lee added: "We are trying to raise funds for his transfer from those who are able to contribute. Every little bit will help in getting my big brother and hero back home with us."

At this stage, the costs of bringing Gareth home will depend on how much medical care he will require during the flight.