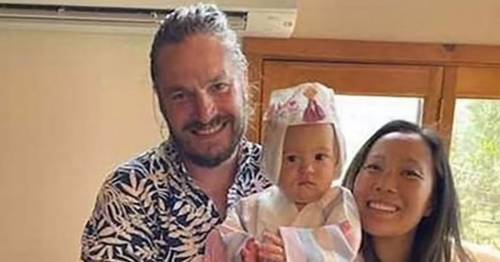 A British couple who hyperthermia and dehydration on a remote hiking trail in California likely tried to save their baby first, reports say.

Jonathan Gerrish, 45, who was originally from Lancashire, wife Ellen Chung, 31, their one-year-old daughter Muji and the family's dog, Oski, were all found dead in the Sierra National Forest on August 17.

A survival trainer involved with the case told detectives in an email that it was likely the couple died while attempting to save their infant daughter.

"Sadly, I believe they were caught off guard, and once they realised their situation, they died trying to save their child and each other,' the unidentified trainer said, according to the Daily Mail.

The couple were found dead in August
(

"It is likely the child began to succumb first, which hurried the parents' efforts up the hill.

"When one could no longer continue, they stayed behind to care for the child and pet, while the other tried to forge on and get help for their loved ones. It is a tragedy of the highest order."

Detectives had a number of theories behind their deaths, which included suicide, being poisoned by toxic material, in the water, or a freak lightening strike.

They were found 1.6miles away from their car
(

But police have since confirmed the group died from hyperthermia and dehydration.

Jonathan, Ellen and Muji were found 1.6 miles from their vehicle in temperatures which could have soared above 100F (37C), Mariposa County Sheriff Jeremy Briese said.

Jonathan Gerrish, 45, originally from Lancashire, with his wife Ellen Chung
(

They were found with one empty water bottle and a bottle of formula between them, which indicated the heat and lack of sustenance likely contributed to their death.

"For Mariposa County, this is rare," Sheriff Briese told reporters at a conference.

"This is the first hyperthermia cause of death that I've witnessed here in 20 years."

Previous : Man, 26, has £18,000 stolen ‘after having drink spiked at London nightclub’
Next : Monty Panesar tips England to shock old foes Australia and win the Ashes