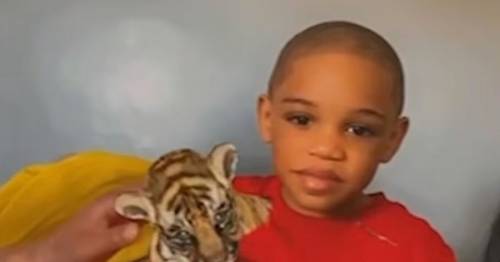 Boy, 6, found in home with ‘partially frozen organs’ as mum charged with murder

The mother of a six-year-old boy found dead in an abandoned home with 'partially frozen' internal organs has been charged with murder.

Damari Perry was discovered wrapped in a plastic rubbish bag in the city of Gary, Indiana, US, on Saturday – just three days after his mum reported him missing, the Daily Star reports.

Jannie Perry, 38, has now been charged with first-degree murder, concealment of a homicidal death and obstructing justice over the death of her son.

The youngster showed signs of hypothermia when his naked body was found, according to a statement from the Lake County Coroner's Office.

The medical examiner also detected signs of the body being partially burned, which appeared to have occurred after death.

Perry previously told police her son and his 16-year-old sister had driven to a party in Skokie, Illinois.

Speaking to police, Damari's sister claimed that she had fallen asleep at the party after having several drinks, and when she woke up she couldn't find either her brother or the man that had driven them to the party.

But the family's story was quickly "contradicted" by evidence from the scene of the party, State's Attorney Eric Reinhardt said.

In a statement, Mr Reinhardt said: "The family initially provided information to police indicating that Damari might be missing in Skokie, Illinois.

The youngster's body was found in an abandoned home
(

"But investigators quickly turned their focus to the boy's home in North Chicago after the family's story was contradicted by evidence in Skokie."

Information from witnesses led to the discovery of Damari's body near the derelict house in Gary, prosecutors said.

The state's case is that after he "did something to upset family" on December 29, Damari was punished by being pushed into a cold shower "for an undetermined amount of time".

At some point during the punishment, Damari vomited and was taken out of the shower and then died.

His older brother, Jeremiah R. Perry, 20, was charged with aggravated battery causing great bodily harm to a child under 12, concealing a homicidal death and obstructing justice.

Damari's mother has also been charged with first-degree murder, concealment of a homicidal death and obstructing justice.

A third defendant has not been named due to their age.

Further charges could be laid as the investigation progresses, the authorities have said.