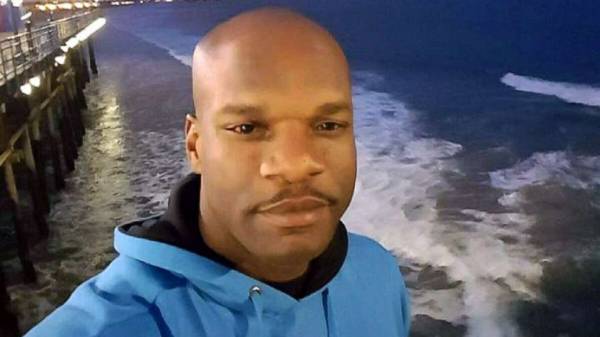 The family of a Black man who was shot seven times in Stockton, California, last week is pushing for justice in what is now being investigated as a potential hate crime.

Bobby Gayle, 45, a cement mason and father of five was seriously injured in the unprovoked attack last Friday, according to his family. His brother, Marlon Gayle, said Bobby had just finished a construction job at a restaurant when the shooting occurred.

“This big truck came by and almost hit them. So my brother says, ‘Hey, slow down,'” Marlon Gayle told ABC News. “According to my brother and the guy who was with him, his friend, the guy gets out of the truck, the white guy, and he has a gun, and he starts saying the n-word over and over again and started shooting my brother.”

Bobby Gayle was shot seven times, including in the face. His family said that he is in stable condition and that no major arteries were hit.

Right after the shooting, he left his brother a voicemail saying that he had been shot and asking him to pray.

Courtesy Marlon GayleBobby Gayle, back left, is seen with his siblings in this undated photo.

“It was a miracle. God answers prayer and we’re just so thankful,” Marlon Gayle said. “He’s just so happy to be alive, and blessed to be with his family and his children.”

The Stockton Police Department described the shooter as a white male in his 30s, wearing a dark-colored jacket and jeans. Police have described his vehicle as a late-model Chevrolet Silverado extended cab truck with after-model, chrome-colored wheels. There’s a $10,000 reward for information leading to his arrest.

Courtesy Marlon GayleBobby Gayle is seen in this undated photo.

While detectives are in the early stages of the investigation, they said the shooting is being probed as a potential hate crime. The Stockton Police Department said it has had an average of eight hate crime cases a year over the last five years.

“Our family, we never expected something like this to happen. We love people. We’re people that serve in the community, and we love people from all backgrounds,” he added. “We believe in forgiveness, but that person, he definitely needs to be taken off the streets. He’s dangerous.”

Gayle said that the police department has been very helpful.

“I really believe that they’re doing everything that they can to try to find this guy,” he said.

Previous : Killed on Zoom: Dad held after toddler finds gun, shoots mom
Next : How ‘world’s worst golfer’ tricked his way into the Open despite never playing a round