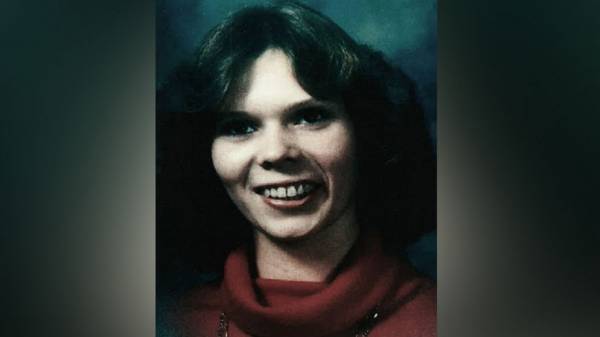 Arrest made in city’s oldest cold case murder thanks to genetic genealogy: Police

An arrest has been made in a decades-old Oregon cold case murder thanks to an investigative tool known as genetic genealogy, authorities said.

Robert Plympton, now 58, was arrested on Tuesday for allegedly killing a 19-year-old college student in January 1980, according to police in Gresham.

Barbara Mae Tucker was a sophomore studying business at Gresham’s Mt. Hood Community College when she was sexually assaulted and beaten to death, said Gresham police.

A student found Tucker’s body the next day, police said.

Gresham Police Dept.Police provided a photo of murder victim Barbara Mae Tucker, 19, as they announced an arrest in her case, June 2021.

Decades went by without identifying a suspect — until technology advanced enough for detectives to use genetic genealogy, police said.

Through genetic genealogy, an unknown suspect’s DNA left at a crime scene can be identified through his or her family members, who voluntarily submit their DNA to a genealogy database. This allows police to create a much larger family tree than if they were limited to using law enforcement databases like CODIS.

Genetic genealogy first came to light as an investigative tool in 2018 when the “Golden State Killer” was arrested. Over 200 suspects have been identified since, according to ABC News consultant CeCe Moore, a genetic genealogist whose team worked on the Barbara Tucker case.

“This devastating case has been on my mind and in my heart for years,” Moore told ABC News on Wednesday.

Tucker’s case is “an example of dogged determination on both the part of the detectives and through genetic genealogy,” Moore said. “We started off with not much to work with, but over time were able to finally identify the suspect.”

“My heart goes out to Barbara’s family and I hope this will eventually lead to resolution for them,” Moore said.

Plympton, of Troutdale, Oregon, was arrested on charges including murder and rape, records show. It was not immediately clear when he is due in court.

Gresham Interim Police Chief Claudio Grandjean said the department would not comment on a potential motive.