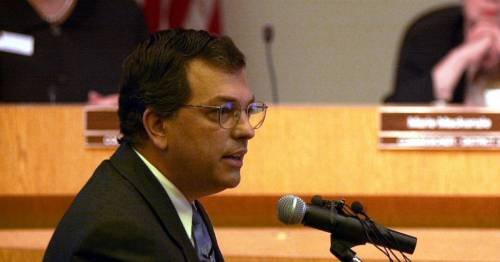 A conservative Christian radio host widely known as an outspoken anti-vaxxer has died from Covid, his radio co-host has announced.

Bob Enyart, the pastor of the Denver Bible Church and the co-host of the Real Science Radio podcast, died after contracting the novel coronavirus on September 1.

“Bob Enyart was one of the smartest, and without question, the wisest person I’ve known,” Williams wrote.

“Heaven’s gain has left an enormous hole here on earth,” he continued.

“Bob’s enduring legacy will live on with the treasure trove he leaves behind.”

Enyart had served as Denver Bible Church’s pastor since 2000.

According to the Real Science Radio website, Enyart and his wife refused to get the vaccine due to abortion concerns.

Enyart successfully sued the state over mask mandates and capacity limits in churches back in October, a rare case of a legal victory against broad public health mandates instituted during the pandemic.

According to a 1999 Westword profile, Enyart had also once travelled to New Zealand for the sole purpose of being arrested with a “Clinton is a Rapist” banner.

On his old TV show, Bob Enyart Live, he had been known to “read obituaries of AIDS sufferers while cranking ‘Another One Bites the Dust’ by Queen,” Westword reported.

According to the Real Science Radio website, Enyart had aired more than 6,000 radio and TV shows across 80 cities, from Honolulu to Orlando, Florida.

Another item on Enyart’s resume was his role as spokesman for American Right to Life, a group that billed itself as the ‘abolition wing of the pro-life movement’.

Enyart is the latest of a string of right-wing radio hosts who have died after contracting Covid-19, after publicly stating their opposition to forced vaccine and mask mandates.

Conservative Phil Valentine died a matter of weeks before, after creating a song on air mocking coronavirus vaccination efforts.

At the beginning of August Dick Farrel, a radio host who was also anti-vaccine, died of Covid at the age of 65.

Previous : Pope calls out prejudice as he meets Roma in Slovakia
Next : Funeral to be held for Indiana Marine killed in Afghanistan