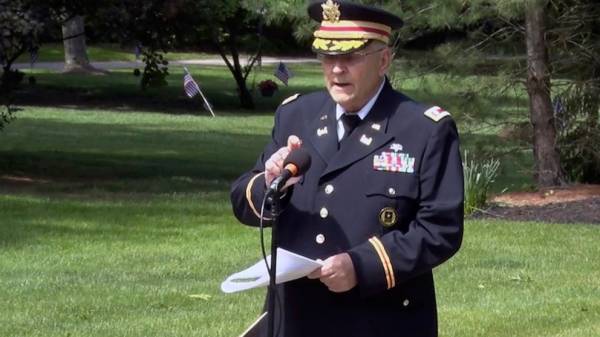 HUDSON, Ohio — Both organizers of a Memorial Day ceremony have now resigned under pressure after they silenced a retired U.S. Army officer’s microphone while he was talking about how freed Black slaves honored fallen soldiers just after the Civil War.

Cindy Suchan, chair of the Memorial Day parade committee and president of the Hudson American Legion Auxiliary, stepped down nearly a week after the ceremony, the Akron Beacon Journal reported Tuesday.

The American Legion Department of Ohio said censoring the speech about the role Blacks played in how Memorial Day was premeditated and planned by Garrison and Suchan.

“They knew exactly when to turn the volume down and when to turn it back up,” said Roger Friend, department commander for the Ohio American Legion.

The organizers of the ceremony in Hudson, Ohio, initially defended their decision, saying the section of the speech that was silenced was not relevant to the program’s theme of honoring the city’s veterans.

In the days before the ceremony, Suchan said she reviewed the speech and asked retired Army Lt. Col. Barnard Kemter to remove certain portions. Kemter said he did not see the suggested changes in time to rewrite the speech.

Kemter, who spent 30 years in the Army and served in the Persian Gulf War, said he was disappointed that his microphone was turned off for two minutes.