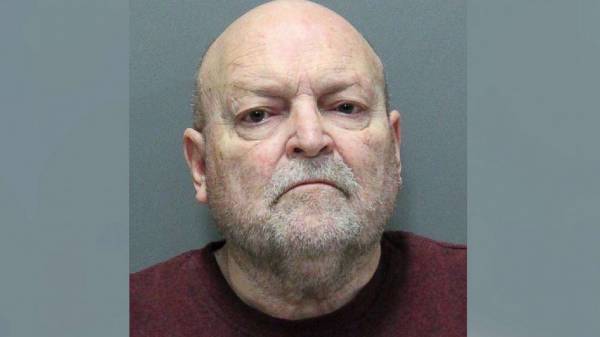 Taylor, a college sophomore, was the youngest daughter of legendary Stanford University football coach, Chuck Taylor. She had been beaten, strangled and left on the side of the road near the Stanford campus, according to authorities. Her body was discovered by a truck driver on March 24, 1974.

Getreu, 77, worked at Stanford at the time of her murder. He has also been charged in the 1973 murder of Stanford graduate, Leslie Perlov, and will be tried next year. He has pleaded not guilty in that case.

Cold case detectives used genetic genealogy to identify Getreu in what prosecutor Josh Stauffer described as a sexually-motivated crime in the strangulation of Taylor.

He told jurors that Getreu was a man who lived two lives as a Palo Alto, California, Boy Scout leader and family man, but also a predator and previously convicted rapist and murderer.

In his closing statements, Stauffer referenced a previous victim: 15-year-old Margaret Williams, whom Getreu killed in 1963 while living in Germany.

The prosecutor told the jury the case was strikingly similar to Taylor.

“He took her with the intent to rape her. He attacked her. Tore her clothes. Struck her in the face. Repeated punches to the face. He strangled her, “ recounted Stauffer.

Getreu’s conviction marked an end to Taylor’s decades-old cold case for which advancements in DNA technology played a critical role.

Getreu’s defense attorney, John Halley could not be reached for comment on the guilty verdict.

In his closing statements, Halley asserted that the prosecution had not proved Getreu’s guilt “beyond reasonable doubt.”

Diane Perlov, Leslie Perlov’s younger sister who flew in from Los Angeles to monitor the trial, was just leaving the courthouse when she was notified that the jury had reached a verdict.

“While these promising lives are gone forever, thanks to the dogged work of detectives and the advances in forensic science, I have hope that future lives will be saved and other predators held accountable,” she said.

Outside the back of the courthouse, she embraced Santa Clara cold case detective Sgt. Noe Cortez, who had gathered crucial evidence in this case.

“This is not the end,” Perlov said. “We are moving forward. I want a trial for my sister’s case. I don’t want any deals. There were some really horrible photographs of what Getreu did to Janet … and I want everyone to see them so they understand what a dangerous person he is.”

When called for comment about today’s verdict, Getreu’s only son Aaron Getreu asked to convey sympathy to Taylor’s family and all his father’s victims.

“My family had no clue about my father’s past and have nothing but sympathy for all of his victims,” he said. “We only knew him as a loving father and grandfather, but science doesn’t lie. With this conviction I hope these families can now have closure.”