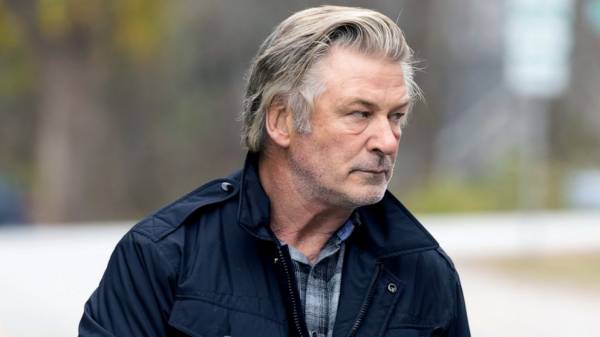 Alec Baldwin has turned his cellphone over to New Mexico authorities a month after a search warrant for the device was issued as a part of the investigation into the fatal shooting on the “Rust” movie set, officials said.

The update comes a day after the Santa Fe County Sheriff’s Office issued a statement saying that the phone had not yet been turned over to authorities.

The search warrant for Baldwin’s phone was approved by a Santa Fe County magistrate judge on Dec. 16. Baldwin’s attorney acknowledged receipt of the warrant, and the Santa Fe County District Attorney’s Office was negotiating with Baldwin’s lawyer to retrieve the phone, according to the sheriff’s office.

Authorities said they want to look at text messages sent from the phone as part of its investigation into the on-set shooting in Santa Fe last year that killed the film’s cinematographer, Halyna Hutchins, and wounded its director, Joel Souza.

Investigators are also seeking to seize photos and videos, emails, internet browser histories, GPS data and more, according to the warrant.

Baldwin took to Instagram last weekend to explain the delay in handing over the phone, saying he wanted to ensure his private communications were protected.

“Any suggestion that I am not complying with requests or orders, or search warrants about my phone, that’s bulls—. That’s a lie,” Baldwin said in a nearly five-minute video posted on Jan. 8.

The actor added that he and his attorney were following a process required when one state requests information or evidence from a subject who lives in another state.

“It’s a process that takes time. They have to specify what exactly they want. They just can’t go through your phone and take, you know, your photos or your love letters to your wife or whatever,” Baldwin said. “But, of course, we are 1,000% going to comply with all that. We’re, you know, perfectly fine with that.”

Baldwin shot Hutchins on Oct. 21 on the set of the Western, which he was producing and starring in. The actor believed he was handling a “cold gun” — one without live ammunition — when it apparently went off and a live bullet struck Hutchins.

“Someone put a live bullet in a gun, a bullet that wasn’t even supposed to be on the property,” Baldwin told ABC News’ George Stephanopoulos in an interview in December. “Someone is ​responsible for what happened, and I can’t say who that is, but I know it’s not me.”

The homicide investigation, which is being led by the Santa Fe County Sheriff’s Office, is ongoing. No criminal charges have been filed.

Previous : Neighbour says man bled to death after three dogs savaged him at woman’s home
Next : Ukraine: some signs that cyber attack linked to hacker groups associated with Russia