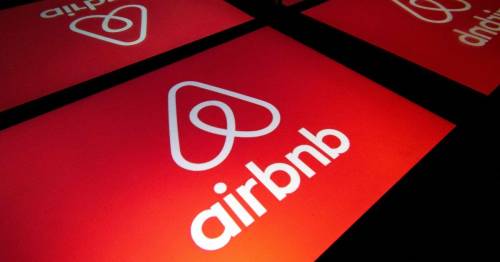 An Airbnb guest was left feeling unsafe after "threatening" texts were sent by their host after leaving a four-star review.

Dr Alex Moore, who is a US assistant ecology professor and identifies as gender non-conforming (GNC), shared their experience on Twitter.

It followed a stay at an apartment in Vancouver, Canada.

Despite leaving a generous four-star review, their Airbnb host was left less than impressed – because it brought their average rating down.

Dr Moore said they "really enjoyed my time here and would certainly stay again", but shortly received a scary message.

They tweeted: “I left a 4/5 review with a positive message, and the host has contacted me at my personal number with increasingly threatening text because my review brought their average rating down from a 5 to a 4.95.

“In the interest of my own personal safety as well as public safety, @Airbnb: Can you explain to me and everyone else why the host who sent me this message is still active on your platform? This person is clearly a threat and should not be allowed to host guests.”

They then shared a message that was allegedly sent by the Airbnb host, the Independent reports.

It read: “I have your picture, your name and your number.

“You have 48 hours to remove your review or I’m hiring a private investigator to obtain your address and then the fun begins.

“You’re blocked from messaging me on this number.”

Dr Moore then said on Twitter they had spoken to Vancouver PD about the matter who went on to say an officer would go round to tell the host to leave them alone.

The Airbnb Safety Team then also got in touch with the host, with the listing now removed from the site, it's understood.

Dr Moore then thought it had re-appeared on the site, but has since shared a screenshot of a message from Airbnb support.

It read: "Thank you so much for bringing this to our attention and for your patience as we investigated.

"We have concluded our investigation and can confirm for you that we have removed the host's account and listing from Airbnb in accordance with our policies on bullying and harassment."

It added: "Thank you for sharing that you are in touch with the Vancouver Police. Please know that we are able to support their investigation in accordance with our policies."

Dr Moore added that they are still trying to sort out a refund, but their "priority was definitely to make sure he couldn't host others".

Previous : Man devastated after removal van stolen with mum’s and nan’s ashes inside
Next : Puppy who can’t chase a ball without ‘enormous pain’ needs life-changing surgery