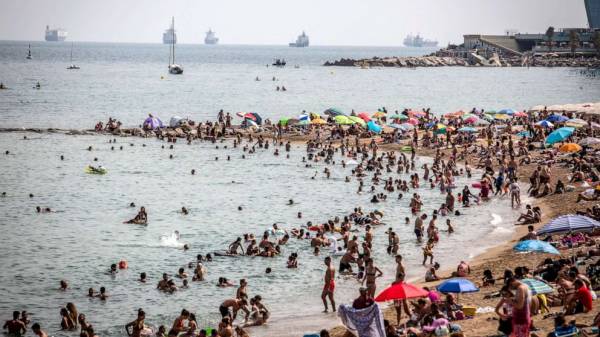 Last year was one of the warmest in recorded history amid a four-decade warming trend, scientists have learned.

The National Oceanic and Atmospheric Administration and NASA announced in a joint press conference Thursday that 2021 was the 6th-warmest history, but emphasized that it is the overall warming, not the rankings of each individual year, that validates the continued warming on Earth.

Many independent scientific groups, some with different methodologies, have been finding the similar results of a progressively warming trend year after year for the past four decades, NOAA Chief of Climate Monitoring Russell Vose told reporters at the joint press conference with NASA .

While La Nina in the eastern Pacific slightly cooled global temperatures in 2021, the greatest warming occurred in the northern hemisphere — both on land and in the Arctic, Vose said.

Climate change is at least partially responsible for some of the extreme weather events that occurred in 2021, both agencies concluded. More heat in the ocean and atmosphere will lead to more extreme events, like heat waves and intense rainfall.

The average global temperature will likely exceed1.5 degrees Celsius above preindustrial levels, the conservative measure of the Paris Agreement, by the 2030s or 2040s, both agencies said. If emissions continue as business as usual, climate change is projected to quadruple U.S. outdoor workers’ exposure to hazardous heat conditions between now and 2065, which will jeopardize their health and risk loss of $55.4 billion in earnings annually, according to a new study by the Union of Concerned Scientists published Thursday.

The release of the data is terrifying because it is “no longer surprising or shocking,” Kristina Dahl, senior climate scientist at the Union of Concerned Scientists, said in a statement.

Fadel Senna/AFP via Getty Images, FILEA woman looks at wildfires tearing through a forest in the region of Chefchaouen in northern Morocco, Aug. 15, 2021.

Temperatures will keep rising unless drastic cuts to emissions from greenhouse gases are made, NASA Goddard Institute for Space Studies Director Gavin Schmidt said. “Every little bit counts” in the race to reduce emissions, Schmidt said, adding that it’s not too late to start.

Dahl called on policymakers to “take decisive actions and pass policies that sharply rein in heat-trapping emissions, such as the Build Back Better Act.”

“Failure to act together with the global community will all but ensure more devastating impacts and even irreversible climate tipping points,” Dahl said. “In 2022, we need bold leaders who prioritize the well-being of people and the planet, not incrementalism or regression from those beholden to the fossil fuel industry.”

Previous : Family of Emmett Till, contemporary voices describe his funeral, killers’ trial
Next : Quitter’s Day 2022: Experts share 5 tips on how to stick to New Year’s resolutions