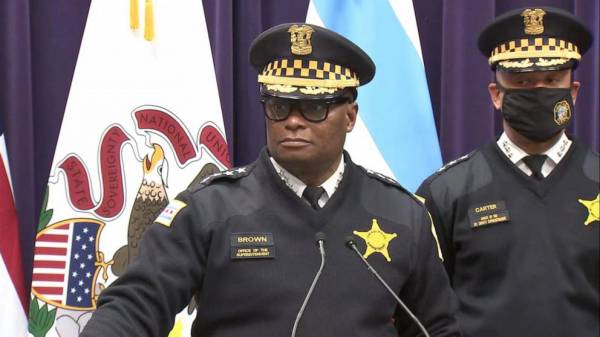 2 boys ‘robbed of their futures,’ gunned down in separate Chicago slayings hours apart

The head of the Chicago Police Department is speaking out after two 14-year-old boys were gunned down in separate slayings within hours Wednesday.

Just before 4 p.m., a 14-year-old boy was on a street on Chicago’s West Side when he was shot in the abdomen, according to Chicago police. The teen was taken to Stroger Hospital, where he was pronounced dead.

Around 8:22 p.m., another 14-year-old boy was standing on a sidewalk in the South Side of the city when he was shot in the head by someone in a passing car, police said. He was hospitalized in critical condition and later pronounced dead.

Chicago Police Superintendent David Brown offered his condolences to the families of the 14-year-olds at a news conference Thursday.

“I think about those two young boys and I think about their potential. They are two of Chicago’s children, robbed of their futures, and it is unacceptable,” Brown said.

A young woman was also among those shot in Chicago Wednesday. The 29-year-old was sitting in a parked car when two suspects approached and shot her multiple times, police said. She was pronounced dead at a hospital.

Police have not made any arrests in these three slayings.