Takeaways from a trend toward natural flood controls 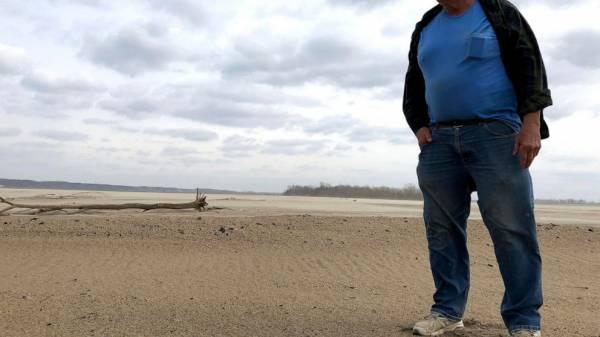 Some communities in the U.S. heartland are taking a more natural approach to preventing the kinds of floods that have devastated the region in recent years.

As climate change brings more extreme weather, the network of levees and walls that keeps rivers such as the Mississippi and the Missouri under control has come under greater stress.

The emerging idea is to let rivers behave more naturally instead of simply trying to control them.

Takeaways from an Associated Press examination:

OUT OF HARM’S WAY

The St. Louis suburb of Arnold, Missouri, has bought out hundreds of homes that once lined the Meramec River, which flows into the Mississippi. It’s an example of steps taken by a number of cities to give rivers more room to sprawl.

The homes are cleared and the land is allowed to revert to wetlands. Or it’s used for parks, which occasionally can be flooded with little harm done.

Davenport, Iowa, has resisted building a levee between city from the Mississippi River, relying instead on parkland and a 300-acre marsh.

An alternative under consideration in rural areas is moving levees back, giving rivers a wider path so overflows or breaches are less likely.

In Missouri’s Atchison County, several owners are negotiating the sale of more than 500 acres of cropland so a levee can be rerouted. Officials hope the project can serve as a model for other places where levees are vulnerable.

Some landowners contend the real problem is the way the U.S. Army Corps of Engineers regulates water flow on the river. They want damaged levees rebuilt and reinforced.

GOVERNMENT GETTING ON BOARD

The Army Corps has been identified with man-made infrastructure such as levees and dams for more than a century, but is showing interest in natural alternatives. Congress has instructed the Corps to consider them.

“We are definitely trying to make sure we’re giving these features a fair shake,” said Maria Wegner, senior policy adviser with the Corps headquarters in Washington, D.C.