Scrutinized malaria drug purchase to be refunded in Utah 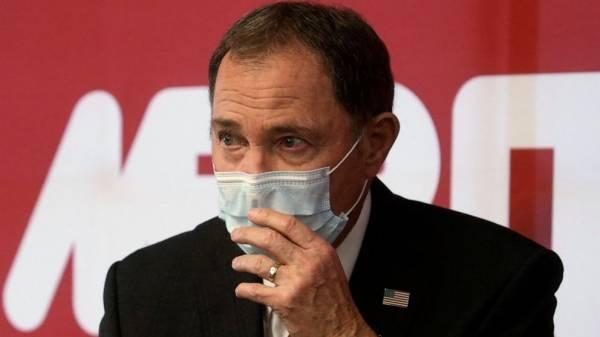 SALT LAKE CITY —
Utah will be refunded $800,000 it spent to buy malaria drugs once touted by President Donald Trump for treating the new coronavirus despite warnings from doctors, officials said Wednesday.

Leaders in both Utah and Oklahoma have faced scrutiny for spending millions of dollars combined to purchase the drugs many other states obtained for free.

Republican Gov. Gary Herbert said the pharmacy has agreed to the refund, and an internal review found no wrongdoing in the no-bid contract with the Utah compounding pharmacy Meds in Motion. It was made at a time when it appeared the drug might help and there could be shortages of it, he said. Since then, though, warnings have mounted from the Food and Drug Administration and others.

“All involved acted proactively, preemptively and prudently during an emergency in an effort to save lives” and got a “fair price” for the medication, Hebert said in a statement.

The left-leaning nonprofit Alliance for a Better Utah disagrees and has filed a price-gouging complaint arguing the $40 per pack drug was grossly overpriced.

Herbert said the medication had not yet been delivered, and will now be donated instead to be used in developing countries.

A review by The Associated Press found Utah was one of a very few states that had spent any money on the drug. Many others have received it through donations or from the federal stockpile.

Oklahoma’s $2 million purchase of the drug has also drawn scrutiny, though Oklahoma Gov. Kevin Stitt has defended it. The attorney general has requested an investigative audit of the Department of Health spending, but declined to comment on whether the request was related to the drug purchase.

Previous : Australian PM Admits Canberra Has ‘Nothing’ to Prove Chinese Lab Was ‘Likely Source’ of COVID-19
Next : Facebook revenue growth slows, but ‘signs of stability’ rise