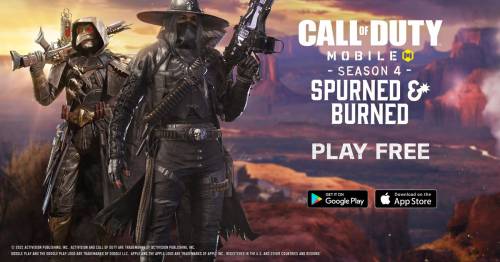 Call of Duty Mobile debuted in 2019 on Android and iOS and managed to thrive in the already very saturated mobile market. bringing the fast-paced, tactical action of the Call of Duty franchise to the small screen in a free-to-play shooter you can play on the go.

And now, the mobile version of the popular first-person shooter is hitting its fourth season.

Following on from Season 3 Tokyo Escape, the new season couldn’t be more different by swapping the serene sights of Japan for the dusty, ol’ west as we mosey on into the wild, wild west that is Spurned and Burned. 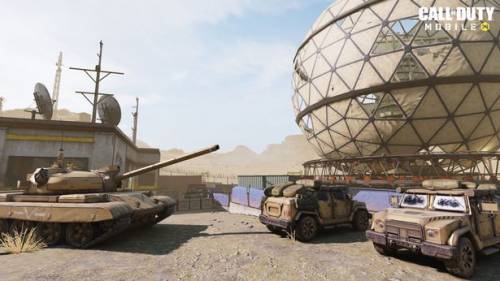 Wearing its influences on its hip like a heavily worn sidearm, Spurned and Burned features new game modes, weapons, and blueprints, as well as tools like the heartbeat sensor, we also have Clan Wars, new challenges, and 50 tiers of new earnable rewards in the Season 4 Battle Pass.

1. Blast from the Past – Modern Warfare 3 makes a big appearance

Fight your way through this classic, military radar station set in the middle of the desert, where you’ll encounter danger at every turn, whether you’re passing through the central containers, the radar tower, or the abandoned offices.

In Capture the Gold, players must snatch the enemy’s gold and take it back to your base before they get yours. In this variant of classic Capture the Flag, players eliminated by a gold carrier will drop power-ups that can then be used to gain an advantage over the enemy. 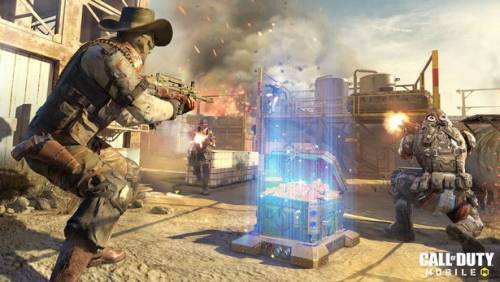 1 vs 1 Duels will also be coming later in the season. The first to reach seven kills wins the round; win three rounds and you’ve won the match.

Track your enemies with the Heartbeat Sensor, available at the start of Season 4 in a new Seasonal Challenge.

In place of a Tactical Grenade, the Heartbeat Sensor allows you to scan for nearby enemies every few seconds – but be warned, you can’t fire when looking at the sensor.

Use the Hawk X3 Scorestreak drone to target and ping your enemies then wipe them out from above, unlocked at Tier 14.

Get the fast-firing, lever-action MK2 Marksman Rifle at Tier 21, the perfect weapon for the sharpshooting cowboys. 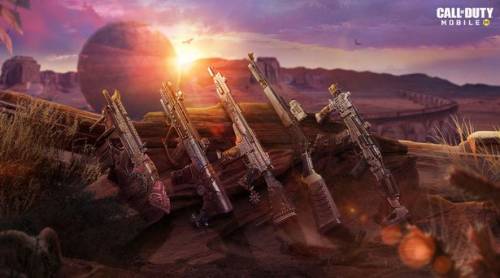 Shoot like a cowboy with the addition of western-themed weapons
(Image: Activision)

Fugitives are on the run in the High Noon Chase event, and it’s up to you to bring them to justice.

Acquire gasoline by playing Multiplayer and Battle Royale matches, and chase fleeing villains with it across multiple destinations.

Earn rewards every time you give chase, like the Tengu – Black Gold Operator skin and the Echo – Steam Clock Weapon Blueprint.

6. Skills Will Be Tested – Compete in Clan Wars and World Championship 2021

Battle it out with five other clans in six-day tournaments, fighting for control of various nodes (each containing a different assigned task) on an overhead map.

Earn Clan Points based on your clan’s individual node performance, and advance through a progressive league system to win rewards. 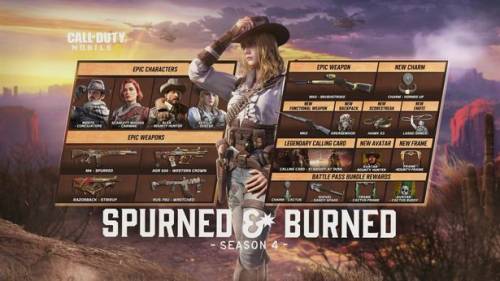 With all the new weapons and gear in Spurned and Burned you can become a force to be rekoned with
(Image: Activision)

Ranked mode fans, prepare to compete in Ranked Series 2: World Championship 2021, starting May 26 and running through the end of July.

Those who perform well are in for the chance to win new items like Seraph—Precious Metal, the KN-44— Championship Mindset, and the Ranked Series 2 frame.

This includes improving the durability of motorcycles and for off-road, all-terrain, and assault vehicles, as well as much improved acceleration on off-road vehicles.

A full weapon balance pass has also been implemented, leading to changes across all weapons, making each weapon type fit its unique role better.

That means strengthening SMGs in close quarters, improving assault rifles in the midrange, balancing the accuracy and damage efficiency of LMGs, optimizing attachments and other features across sniper and marksman rifles, and more.

The Call of Duty: Mobile Battle Pass costs £9.99 or 800 COD Points., or if your feeling flush you can opt for a premium pass at £24.99 but this also unlocks some additional unique items like XP boosts, epic weapon skins and Operator skins.

Call of Duty Mobile Season 4 is out now and is free to play on iOS and Android.

Previous : Ratchet & Clank: Rift Apart review: Brilliant example of a classic formula refined to a point of near perfection – JC Suttun
Next : 10 Best Cheap Tablets for 2021