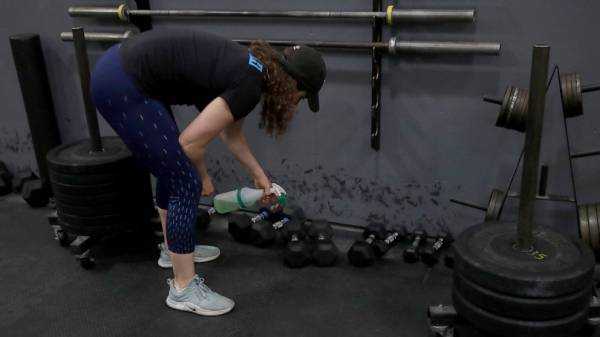 The CEO of CrossFit is stepping down after his tweet about George Floyd sparked a social media backlash and led to affiliated gyms and Reebok cutting ties with the exercise brand.

Greg Glassman said in a statement posted on CrossFit Inc.’s website late Tuesday that he decided to retire. Glassman had apologized earlier for tweets that sparked online outrage by connecting Floyd, a black man who died at the hands of Minneapolis police, and the coronavirus pandemic. He said he had made a mistake and should have been more sensitive, but denied being racist.

“On Saturday I created a rift in the CrossFit community and unintentionally hurt many of its members,” he said. “I cannot let my behavior stand in the way of HQ’s or affiliates’ missions.”

Glassman had angered many with his glib response to a tweet by the Institute for Health Metrics and Evaluation, a health research group, which said, “Racism is a public health issue.”

“It’s FLOYD-19,” he replied on Saturday, and in a second tweet criticized the group’s “failed” quarantine model and accused it of attempting to “model a solution to racism.”

Some 1,250 gyms have now severed links with CrossFit, according to industry blog Morning Chalk Up.

Floyd died while handcuffed after a white police officer pressed his knee into his neck for several minutes. His death set off protests around the U.S. and the globe.