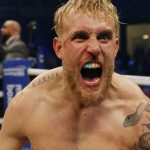 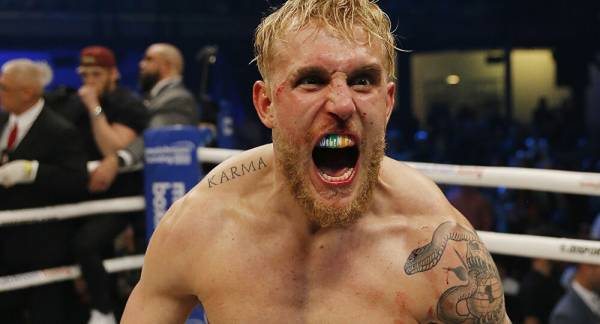 Earlier in December, the controversial YouTube star, who boasts more than 20 million subscribers, vowed he was ‘dedicating’ his life to beating ‘washed-up’ Conor McGregor, the Irish professional mixed martial artist and boxer, after knocking out NBA point guard Nate Robinson in only his second professional boxing match ever.

​Paul, who pivoted to boxing in the footsteps of his YouTuber brother Logan Paul, has been coveting a match-up against McGregor since taking down former NBA point guard Nate Robinson in a Los Angeles fight in two rounds – his second professional win.

As he hurled insults, Paul egged on McGregor and White to sign his $50 million fight offer.

“My team sent you a $50 million offer this morning. Fifty million dollars cash, proof of funds. The biggest fight offer you’ve ever been offered, but you’re scared to fight me, Conor,” said Paul, adding:

“You’re ducking me because you don’t want to lose to a f***ing YouTuber… You’re 0-1 as a boxer. I’m 2-0 as a boxer. I just came off the eighth biggest Pay-Per-View event in history. But you want to fight Dustin Poirier, who has less followers on Instagram than my f***ing dog. That’s a fact.”

Despite talks of retirement, McGregor is officially signed to face off against American professional mixed martial artist Dustin Poirier in a rematch of their 2014 bout at UFC 257 on 23 January 2021.

The creator, who has more than 20 million subscribers on YouTube, added:

Jake Paul, 23, shifted his focus to professional boxing, defeating YouTuber AnEsonGib, known as Gib, in January this year. He is one of a spate of YouTube creators to take up boxing, with the live-streamed events drawing huge interest and massive viewership.

The match against former New York Knicks and Chicago Bulls player Robinson, who is not a classically trained fighter, on 29 November was livestreamed on Triller for a pay-per-view fee of $49.99.

“I’m not fighting to make money. I’m fighting because I want to and I love it,” Paul was quoted as saying by Insider.

“I’m bigger than Conor, I weigh more than Conor, and he’s out of his prime, sort of washed-up,” he told Insider.

Dana White has been quoted by TMZ Sports as saying there was “zero chance” of a fight between the two happening any time soon.

“[Conor McGregor] is one of the greatest fighters on Earth right now. He shouldn’t be fighting kids that have f***ing YouTube videos,” said White, adding:

“There will be a day when Conor McGregor could do these types of fights and make a bunch of money but it won’t be taking place any time soon.”

Refusing to accept the dismissal, Paul told ESPN in December:

“I am dedicating my life to beating Conor McGregor. Financially, it already makes sense. Financially, I’m already one of the biggest prizefighters and there’s only a couple more bosses to check off and to beat and to conquer.”