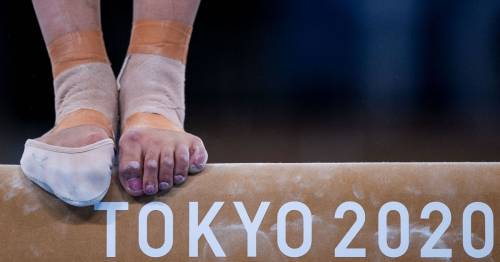 The extent of the scandal was laid bare in a 306-page review by Anne Whyte QC.

Jointly commissioned by UK Sport and Sport England in 2020, it said the well-being and welfare of athletes was not at the centre of British Gymnastics’ culture.

Ms Whyte wrote: “For much of the period of the Review…it has not, until very recently, featured as prominently as it ought to have done in the World Class Programme.”

She drew conclusions from more than 400 submissions. Half reported emotional abuse, nine per cent involved sex abuse. More than two thirds were ‘critical in tone’.

Campaign groups are calling for a new maximum limit on training hours for child athletes. They warned overtraining can have a significant impact on a child’s mental and physical wellbeing, and can lead to injuries.

US superstar Simone Biles trained 32 hours a week before the Olympics. She also warned of the toll on her mental health, which left her unable to compete in some events at the Tokyo Games.

The difficulties now facing British Gymnastics are “borne of inadequate practice and procedure”, the report concluded.

It reflected a culture which was the product of “the way in which people behaved and were allowed to behave”.

There was a sense that British Gymnastics had “not only failed to prevent or limit such behaviours but had condoned some of them in the pursuit of national and international competitive success”.

They said: “British Gymnastics failed to recognise that negative coaching techniques had the potential to cause physical and emotional harm.

Simone Biles trained 32 hours a week before the Olympics
(

“Therefore, we welcome the recommendations around improvements to the complaints handling process, training for coaches and updated welfare policies.

“We urge British Gymnastics to adopt the recommendations set out without delay.”

They also called on the Government to introduce new legislation on child abuse including mandatory reporting of known and suspected child sexual abuse.

The Whyte Review was commissioned following allegations of abuse and mistreatment within gymnastics in Britain, during a golden era for the sport.

UK Sport and Sport England said they “welcomed” the report and “accepted and endorsed” its recommendations.

They stressed gymnastics’ continued funding would “depend on its new leadership teams making significant changes to the sport”.

British Gymnastics wanted to “wholeheartedly apologise” to gymnasts who had suffered and that it would “not shy away from doing what is needed”.

Ms Whyte added: “I am confident that the sport of gymnastics is already undergoing change for the good.”

A Government spokesperson recognised the courage of ‘the gymnasts, parents, coaches and others who have come forward to share their experiences as part of the Whyte Review’, saying: “It is vital that everyone participating in sport feels safe and secure, with any allegations of inappropriate or harmful behaviour taken with the utmost seriousness.”

He added there would be moves to “strengthen safeguarding provision wherever necessary.”

Previous : Brits warned UK ‘may already be in recession’ as inflation could climb to 11%
Next : Mum’s kidnap horror as she and baby held alongside dead bodies by Russians – World News