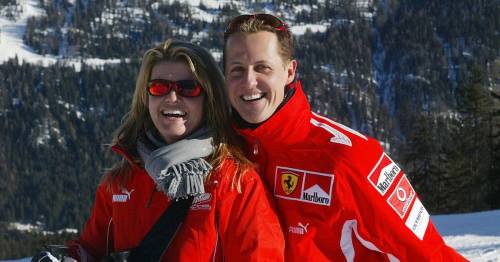 What happened to Michael Schumacher? Inside the life of the famous F1 driver

Michael Schumacher has been out of the public eye since his tragic accident and subsequent brain injury eight years ago. A new Netflix documentary explores the professional and personal life of Schumacher during his success as a F1 driver, but where is he now?

A renewed interest in Schumacher's life has been ignited in recent weeks in the lead up to the documentary which follows the early life of the racer up until the peak of his career.

Schumacher won a phenomenal 91 victories and seven world championships before suffering his horrific injury whilst on a skiing excursion with his son Mich, then 14, in 2013.

The sportsman was skiing off piste in an area between Piste Chamois and Piste Mauduit in France when he fell and hit his head on a rock.

Thankfully, the racing star was wearing a helmet, which doctors claimed helped prevent his death.

However the racer was sadly left with a serious head injury.

After being airlifted to hospital, he was put into a medically induced coma, later undergoing two operations to remove blood and pressure from his brain.

Where does Michael Schumacher live?

After a year in hospital, Schumacher was taken back to his home in Lake Geneva in 2014.

He has remained at home ever since, undergoing further rehabilitation.

His wife Corinna explained in the interview: "We're together. We live together at home. We do therapy. We do everything we can to make Michael better and to make sure he's comfortable. And to make him feel our family, our bond, And no matter, I will do everything I can. We all will."

Michael Schumacher and his wife Corinna
(

It was reported that the couple put their beautiful home in Switzerland on the market in early 2021 after buying the house for £3m in 2002.

Sources indicate the Michael Schumacher mansion in Lake Geneva, Switzerland has been priced at £6.4 million.

However this a drop in the ocean for Schumacher, as according to celebritynetworth.com, Michael has a net worth of $600million (£434million).