Vuelta a Espana cancel departure in Holland due to coronavirus pandemic

The Vuelta a Espana has cancelled plans to stage this year’s departure in Holland because of the “exceptional worldwide situation” caused by the coronavirus pandemic.

Utrecht was due to host the start of the race, the dates of which are as yet unknown because of the reshuffling of the cycling calendar although an announcement from the UCI could come later on Wednesday.

While Vuelta organisers are still hopeful of the event going ahead, after the World Championships and potentially as late as November according to some reports, they will now be searching for a new route.

“The departure of La Vuelta 20 from Holland was a project that had been designed as a big summer party,” La Vuelta Holanda said in a statement.

“Faced with the impossibility of ensuring the planned development of the race’s official departure, with all of the required guarantees for an event of these characteristics, La Vuelta Holanda has preferred to request the official departure’s cancellation.”

The Vuelta was originally scheduled to take place between August 14 and September 6 but the UCI announced earlier this month it would have to be rescheduled for later in the autumn after the Tour de France was rearranged.

With the Dutch government forbidding the celebration of sporting events until September 1, organisers on both sides say they have been unable to find a new date in which to launch from the regions of Utrecht and North Brabant.

La Vuelta Holanda director Martijn van Hulsteijn said: “Moving three stages, on three days, through 34 municipalities with start and finish places in various places turned out to be a bridge too far.

“For example, we did not have all the needed infrastructures at our disposal. In addition, a lot of road works were carried out around the 34 participating municipalities in the autumn.

“The impact would be too great. Even if you leave the desirability and uncertainty in Corona time out of the discussion.” 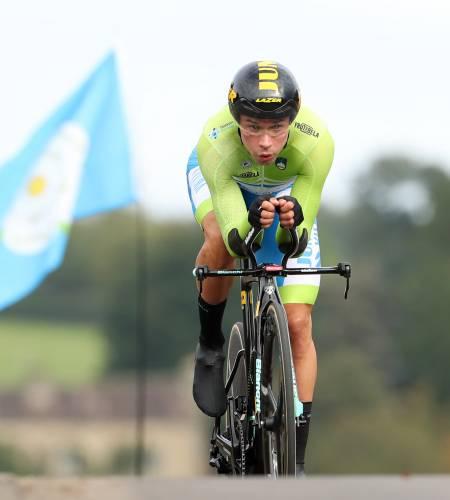 Race director Javier Guillen added: “The change to the calendar resulted in a modification of the original program.

“We discussed this with our Dutch partners, with whom we have worked in absolute harmony and in complete collaboration.

“We realised that it would be impossible to carry out this project under these new constraints.

“It is a complicated decision, one you never want to make, but which we have found ourselves compelled to do due to the complex circumstances we are currently living, which surpass any foreseeable expectation.”