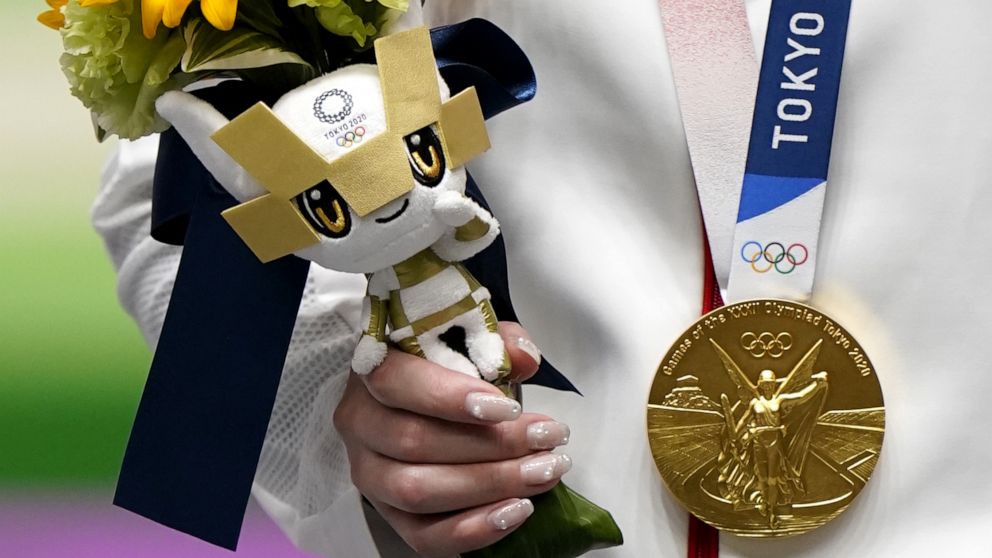 A naturopathic therapist who operates out of El Paso, Texas, has been charged with distributing multiple performance-enhancing drugs to at least two athletes for the purpose of cheating at the 2020 Summer Games in Tokyo, federal prosecutors in New York said.

The charges against Eric Lira are the first brought under the Rodchenkov Anti-Doping Act, a measure signed into law in December 2020 that outlaws doping schemes at international sports competitions, including the Olympics.

Lira, 41, allegedly obtained misbranded human growth hormone and the blood building drug erythropoietin in advance of the Tokyo Games from sources in Central and South America. According to the criminal complaint, he distributed them to two athletes who were identified only as “Athlete-1” and “Athlete-2.”

Danny Lawson/Pa Images via Getty Images, FILEA general view of a gold medal and winners mascot toy at the Asaka Shooting Range on the first day of the Tokyo 2020 Olympic Games in Japan.

“At a moment that the Olympic Games offered a poignant reminder of international connections in the midst of a global pandemic that had separated communities and countries for over a year, and at a moment that the Games offered thousands of athletes validation after years of training, Eric Lira schemed to debase that moment by peddling illegal drugs,” U.S. Attorney Damian Williams said.

MORE: Why Russian athletes are competing under the ROC at Olympics

The complaint quoted from encrypted communications in which Lira and Athlete-1 allegedly discussed the drugs.

Jewel Samad/AFP via Getty ImagesNigeria’s Blessing Okagbare and Spain’s Maria Isabel Perez compete in the women’s 100m heats during the Tokyo 2020 Olympic Games at the Olympic Stadium in Tokyo, July 30, 2021.

Athlete-1 was suspended from Olympic competition on July 30, 2021, after she was found to have used human growth hormone, according to the U.S. Attorney’s Office. She was banned from the 100m semi-finals, a description that matches Nigerian sprinter Blessing Okagbare.

Lira is also accused of conspiring with others to violate drug misbranding and adulteration laws, the U.S. Attorney’s Office said.

He made his initial appearance via Zoom before Judge Miguel Torres in Texas on Wednesday, the day he was arrested.

Lira said he has not yet hired an attorney but plans to. The judge appointed a public defender to at least handle his next court date Tuesday.