Novak Djokovic apologizes for ‘error of judgement’ in new statement 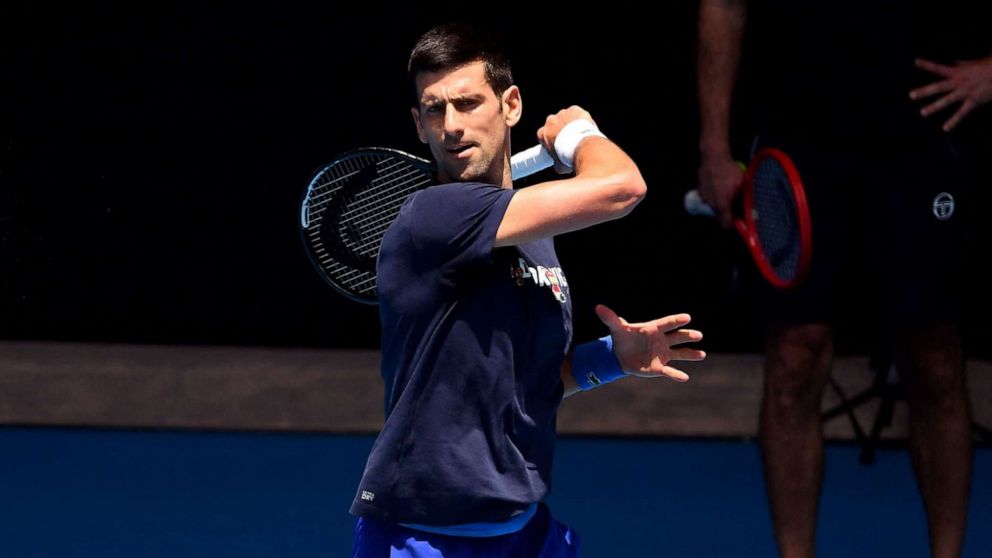 Tennis world No. 1 Novak Djokovic is apologizing for an “error of judgement” related to an in-person interview he conducted last month after being exposed to COVID-19 as he continues to fight to stay in Australia and compete in the first major of the year.

Djokovic, who is tied for first all time with 20 major wins, released a new statement Wednesday midday local time in Melbourne explaining the timeline of several public appearances around when he tested positive for COVID in December — which he says should allow him to compete in the Australian Open despite apparently not being vaccinated.

“I want to address the continuing misinformation about my activities and attendance at events in December leading up to my positive PCR COVID test result,” he wrote in an Instagram post. “This is information which needs to be corrected, particularly in the interest of alleviating broader concern in the community about my presence in Australia, and to address matters which are very hurtful and concerning to my family.”

Djokovic said he attended a basketball game in his home country of Serbia on Dec. 14, where he later found out several people had tested positive for the virus. He took a rapid test two days later, despite no symptoms, and was found to be negative, he wrote. He took a PCR test — which are generally more accurate than rapid tests — “out of an abundance of caution” on the same day.

He said he was feeling well and did not find out he had tested positive for COVID-19 on the PCR test until after attending the event.

But Djokovic also admitted in Wednesday’s post that he continued on with an interview and photoshoot with the French outlet L’Equipe despite being aware of his positive PCR result and said his attendance was “an error of judgement.”

“I felt obliged to go ahead and conduct the L’Equipe interview as I didn’t want to let the journalist down, but did ensure I socially distanced and wore a mask except when my photograph was being taken,” he wrote. “When I went home after the interview to isolate for the required period, on reflection, this was an error of judgement and I accept that I should have rescheduled this commitment.”

Djokovic was turned away by officials when trying to enter Australia last week, saying the country’s strict COVID restrictions prevented him from competing. Djokovic has been open previously about not getting vaccinated and officials said he did not submit a valid medical excuse to not receive a shot.

But the tennis star won his case in court on Monday to overturn his visa cancellation and began training for the event even as Australian government officials said they were debating whether to use discretionary powers to revoke the defending champion’s visa.

William West/AFP via Getty ImagesNovak Djokovic of Serbia hits a return during a practice session ahead of the Australian Open at the Melbourne Park tennis centre in Melbourne on Jan. 12, 2022.

In Wednesday’s statement, Djokovic said someone from his team had incorrectly filled out the form that claimed he had not left Spain for 14 days prior to traveling to Australia — even though a post on Instagram showed him with Serbian handball player Petar Djordjic in their home country on Christmas.

“My agent sincerely apologises for the administrative mistake in ticking the incorrect box about my previous travel before coming to Australia,” Djokovic wrote. “This was a human error and certainly not deliberate. We are living in challenging times in a global pandemic and sometimes these mistakes can occur.”

He said he’d submitted paperwork to the Australian government to clear up the error, a fact reiterated in a statement from Immigration Minister Alex Hawke.

In a statement given Wednesday local time, Hawke told ABC News: “Mr. Djokovic’s lawyers have recently provided lengthy further submissions and supporting documentation said to be relevant to the possible cancellation of Mr Djokovic’s visa. Naturally, this will affect the timeframe for a decision.”

The Australian Open begins on Jan. 17. Djokovic has won the tournament the last three years and nine times overall.