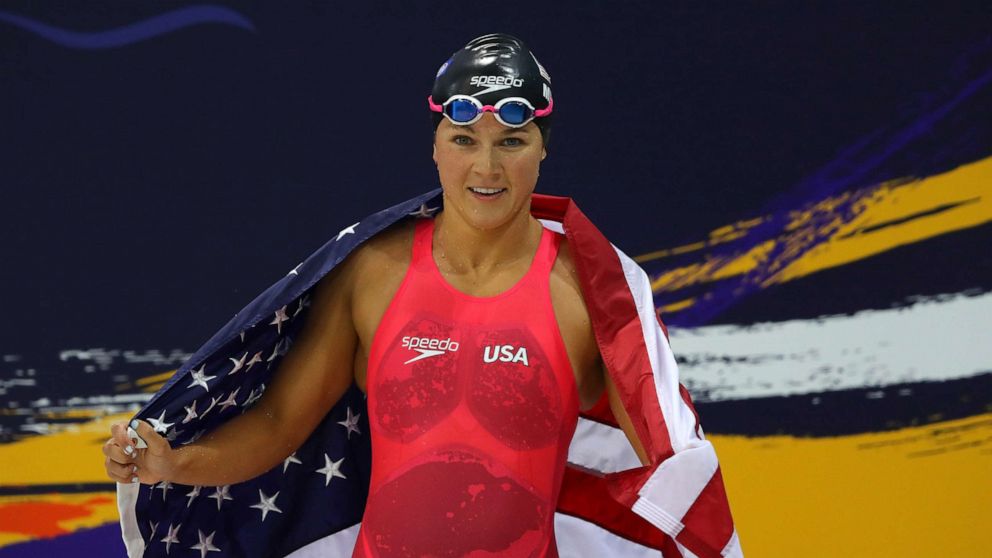 Disability advocates and elected officials are calling on the United States Olympic and Paralympic Committee to rethink its policies after a Paralympic gold medalist swimmer was denied a request to have a care assistant travel with her to Tokyo due to COVID-19 restrictions.

Meyers, 26, who is blind and deaf, was set to compete at the Paralympics in Tokyo with the women’s swim team in August, and requested that her mother join her as her personal care assistant. Assistants are assigned to help the athlete navigate the Olympic village and with any other duties that are limited because of their disability.

Meyers, who won three gold medals in the 2016 Games, announced that she had chosen to withdraw from the team after the United States Olympic and Paralympic Committee denied her request, citing COVID-19 restrictions on the number of personnel it could send to Tokyo.

“I am angry, I am disappointed, but most importantly, I am sad not to representing my country,” she wrote in a statement posted on Twitter.

The news stunned the Paralympian and disabled community as they’ve been looking forward to her swimming for over five years, Kristin Duquette, a former Team USA Paralympic swimmer and disability rights advocate, told ABC News.

Duquette, who works as a preparedness officer for the Federal Emergency Management Agency, acknowledged the difficulties that COVID-19 poses in keeping the athletes safe during the two-week event, but she said the USOPC could have easily complied with Meyers’ request.

“It is a stain on the USOPC’s efforts to be inclusive and diverse,” she told ABC News.

The committee defended its decision in a statement released Wednesday, citing the strict COVID-19 restrictions. It added that a single personal care assistant has been assigned to the U.S. Paralympics Swimming team who “has more than 27 years of coaching experience, including eleven years with para swimmers.”

“This PCA joins a staff of 10 additional accomplished swim professionals, all who have experience with blind swimmers; totaling 11 staff for 34 athletes,” the USOPC said in a statement.

Meyers noted that her mother has accompanied her to events as her personal care assistant since 2017 and was essential for her to compete.

Buda Mendes/Getty ImagesRebecca Meyers of the United States competes at the Women’s 400m Freestyle – S13 Final during day 5 of the Rio 2016 Paralympic Games at the Olympic Aquatics Stadium, Sept. 12, 2016, in Rio de Janeiro.

Duquette, who is friends with Meyers, emphasized that an athlete’s personal care assistant is trained to assist with specific limitations that come from a Paralympian’s particular disability. She noted that Meyers is the only member of Team USA swimming who is both blind and deaf.

“There is a lot of anxiety that goes into travel. A personal care assistant is really dependent on the disability you have,” she said.

Meyers’ announcement sparked calls from Congress to meet the needs of the American Paralympians.

U.S. Sens. Maggie Hassan, D-N.H., and Ben Cardin, D-Md., both called on the committee to rethink its rules.

Hassan sent a letter to the USOPC reminding them that many disabled Americans are already facing too many hurdles when it comes to athletics and it should set an example for the rest of the world.

“[The athletes] should not be forced to navigate the Tokyo Olympics without the support that they need, particularly in the midst of a global pandemic,” she wrote in her letter.

Move United, a nonprofit group that promotes parasports, also called on the committee to rethink its policies given the limited resources for Paralympians.

“Too often as a community, we are faced with inadequate resources to promote our best selves, and when this happens we should speak up and advocate for our rights to access and accommodation,” the group said in a statement to ABC News. “We are saddened that Becca Meyers will not be competing in the Paralympics next month.”

Duquette said the coronavirus has amplified the day-to-day difficulties that the disabled community faces. From accommodations to assist deaf persons who can’t read lips through a mask to difficulties transitioning to a work-from-home setup, the community has had extra mental stress on top of their fears of catching the virus.

“Disability is at the bottom when we think of diversity and inclusion,” she said.

Duquette said she hopes this situation will open more Americans’ eyes to disability rights and spur change beyond the sports world.

“Hopefully this is a learning lesson,” she said. “But this is at the expense of someone’s dream.”

Previous : Merkel praises Turkey over refugees but does not see it joining EU
Next : Croydon tram crash: 7 victims were accidentally killed in speeding train, jury rules