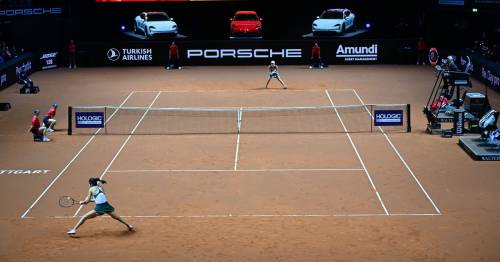 Saudi Arabia are reportedly plotting a move into women’s tennis one week on from the beginning of their newly formed rebel golf circuit the LIV Invitational Series, according to The Telegraph. The new Saudi-backed Golf series has taken the sport by storm in recent months, and officially kicked off in St Albans last week.

The Saudi Arabian Investment fund has pumped a remarkable £2 million into the golf project, which has lured in the likes of Phil Mickelson, Dustin Johnson and Bryson DeChambeau. As well as this the Middle Eastern state also has strong links in the world of football and Formula 1.

Now though it seems the Saudis are keen to make their move into women’s tennis, with the WTA reportedly refusing to rule out a potential link up with the state when contacted.

In the report, a spokesperson from the WTA revealed: “We have received inquiries from Saudi Arabia as to interest in bringing a WTA event to the region. As a global organisation, we are always interested and appreciative of inquiries received from anywhere in the world and we look seriously at what each opportunity may bring [but] we have not entered into formal negotiations.”

The Middle Eastern nation has also reportedly been interested in striking a deal with the ATP Tour for some time but have had little success. British star Andy Murray has been one of the big names to be previously contacted by the Saudis, but rejected a £1.5 million offer due to the country’s poor human rights record.

Andy Murray turned down a deal with the Saudis.
(

His representative Matt Gentry told Sports Unlocked in January that the discriminative record is what put the former world No. 1 off. He said: “He's turned down stuff in Saudi; I don't think he will play there just because of what's gone on. If he feels strongly about something he will happily call it out. He's not scared to voice his opinion.

'They have done a few exhibition matches where they have paid eye-watering sums of money to get players over there and he just wasn't interested. For turning up and playing a match, if you are a former No 1 player in the world, in the Middle East you could potentially earn $1m to $2m. That's for the top players, the big global names, and I think golf is pretty similar.”

The WTA however do not have the same financial security as their male counterparts, making a deal much more likely. In regard to human rights issues, the governing body has spoken strongly against China’s silencing of tennis star Peng Shuai in recent months, however this has been said to have had strong financial implications for the WTA.