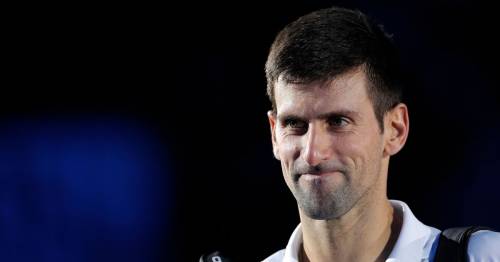 Novak Djokovic has been warned that time is running out for him to make a decision over whether or not he would comply with a vaccine mandate in order to be able to compete at the Australian Open in January.

The Serb has enjoyed incredible success in Melbourne throughout his career – it was the scene of his first Grand Slam win in 2008, and eight more Australian Open titles have followed since.

He could move into double figures for wins in this competition with another in 2022, but his participation is not certain due to his continued reluctance to reveal his vaccination status.

After weeks of uncertainty, tournament bosses recently confirmed that only those who can prove they are fully vaccinated will be permitted to take part.

That decision has been made after government officials in Victoria refused to budge on their stance that no unvaccinated players would be afforded special dispensation to enter the state for the competition.

With the entry deadline for the first Grand Slam of 2022 looming, tournament director Craig Tilley has reminded the world number one that time is running out for him to get the jab if he hasn't already had it.

"At the end of the day, you want to give everyone the best possible chance to get in, and to do it within the parameters which we can," he said.

"Time is running out, and obviously you can get one vaccination – the Johnson & Johnson shot – but if you need a double vaccination, that window between the two vaccines is really closing."

At last weekend's ATP Finals in Turin, Djokovic was coy on whether or not he would be making an appearance in Melbourne in the New Year.

"I haven't been talking to [Tennis Australia] to be honest," he admitted after suffering defeat at the hands of eventual winner Alexander Zverev in the semi-final.

"I was just waiting to hear what the news was going to be. Now that I know, we'll just have to wait and see."

Djokovic shares the record of 20 Grand Slam singles titles with Roger Federer and Rafael Nadal, and could eclipse the others with another win at the Australian Open.

By pulling ahead it would boost the Serb's claim to be the best men's player of all-time, and Aussie tennis legend Todd Woodbridge says making an appearance in Melbourne is important if he does want to be held in such esteem.

"His team have been well aware of this," the 16-time Grand Slam men's doubles champion told WWOS Radio.

"The Australian Open entry list closes six weeks in advance of the tournament, so that's December 6.

"You can only be the greatest in your era, and he's turning out to be that. I think it's important that he goes on with it. It may not be the happiest of endings that he's looking for if he doesn't come."