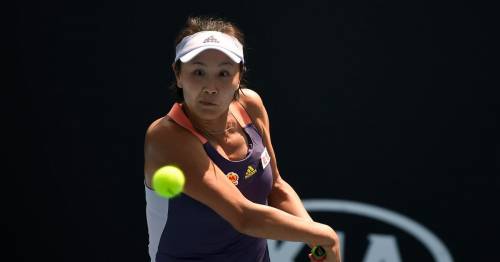 Chinese state media have claimed that tennis star Peng Shuai appeared at a Beijing tennis tournament, after a video was released in the early hours of Sunday morning.

Concerns have continued to grow for Shuai’s whereabouts and welfare following her disappearance last week, after allegedly accusing a senior Chinese politician of sexual assault on social media site Weibo.

The post was quickly removed from the popular Chinese website, as was all of Shuai’s recent Weibo activity and she has not been seen in person since.

However, the Editor-in-chief of Chinese Hu Xijin media outlet Global Times has released a video to Twitter, claiming to show the missing tennis star at a Beijing tennis tournament.

Along with the video Xijin tweeted the caption: “Peng Shuai showed up at the opening ceremony of a teenager tennis match final in Beijing on Sunday morning. Global Times photo reporter Cui Meng captured her at scene.”

The video appears to show tournament officials lined up and waving to a cheering crowd in the Chinese capital, including a woman who Xijin claims to be the missing Shuai.

This is not the first time the Global Times Editor-in-chief has uploaded a video to his Twitter page to reassure the tennis world of Shuai’s welfare, after he posted two clips of the 2013 Wimbledon doubles champion allegedly having dinner in Beijing on Saturday.

An earlier tweet from Xijin saw him share a video of the 35-year-old dining with her team, whilst smiling and looking in high spirits, followed by a second one of her allegedly leaving the restaurant.

Again he accompanied the videos with a caption, this time tweeting: “I acquired two video clips, which show Peng Shuai was having dinner with her coach and friends in a restaurant.

“The video content clearly shows they are shot on Saturday Beijing time.”

Despite the video claiming to show Shuai is safe and well, the Editor-in-chief’s uploads have only raised concerns of many, including WTA chairman Steve Simon.

Simon revealed in a statement that whilst he is ‘glad’ to see the videos of the former Wimbledon champion, he still feels this alone is not enough evidence to show she is ‘free and able to make decisions.’

He said: “I am glad to see the videos released by China state-run media that appear to show Peng Shuai at a restaurant in Beijing.

"While it is positive to see her, it remains unclear if she is free and able to make decisions and take actions on her own, without coercion or external interference. This video alone is insufficient.

Missing star Peng Shuai is seen out enjoying a meal with her team and her friends.

"As I have stated from the beginning, I remain concerned about Peng Shuai’s health and safety and that the allegation of sexual assault is being censored and swept under the rug.

“I have been clear about what needs to happen and our relationship with China is at a crossroads.”

Previous : Mum-of-four, 39, dies after waking up with horrific head pain on family caravan holiday
Next : ‘We need a leader who shows us the right thing to do and instead we have Boris Johnson’ – Voice of the Mirror