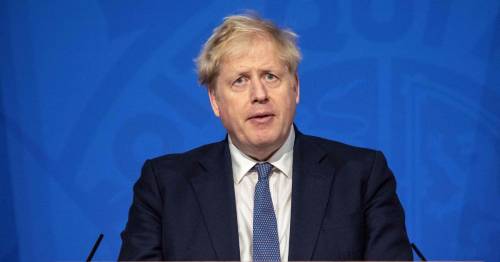 While the world awaits news of Novak Djokovic 's judgement in the bid to defend his Australian Open title, Prime Minister Boris Johnson has encouraged the masses to get vaccinated as it has "massive advantages."

Djokovic, 34, flew into Melbourne last Wednesday confident he had secured a medical exemption, which is now known to be a positive Covid-19 test in December.

This didn't satisfy the Australian government's requirements to enter the country, however, leaving the world No. 1 battling an appeal after having his visa revoked.

A judge ruled in favour of Djokovic to overturn that ruling on Monday, but Australia's immigration minister, Alex Hawke, still retains the power to cancel his visa and deport him from the country.

The debacle has once again highlighted the difficulty sports organisations face in enforcing Covid vaccine restrictions.

But Johnson has joined in the chorus encouraging everyone—not just athletes—to protect themselves against the coronavirus, appearing to hint the controversy could have knock-on effects in regards to Wimbledon.

"Look, I think it's important for the Australian authorities to make their own dispositions," Johnson said on Monday.

"All I would say about Novak Djokovic, against whom I have played tennis actually—he's pretty good—is that I believe in vaccination and I think it's a wonderful thing to do.

"I think everybody should get behind a programme that is allowing this country to be the most open economy in Europe and simultaneously to protect people up and down the land, so it has massive advantages."

Do you think Novak Djokovic should be allowed to defend his Australian Open title? Let us know in the comments section.

Djokovic—who is believed not to have had the vaccine—won both the Australian and French Opens last year before emerging as Wimbledon champion for the sixth time.

In contrast to Australia, English authorities have taken a more lenient approach to the virus despite the ongoing spread of the Omicron variant, with full capacity crowds still permitted at sporting events.

It's not anticipated Wimbledon lawmakers will demand participants be vaccinated as is the case in Australia, however, suggesting Djokovic will have fewer problems competing at SW19.

The Serb may be expected to complete a period of isolation upon entering the country before he's cleared to compete, but it seems unlikely he'd be barred altogether if he doesn't receive the jab.

The British Prime Minister has himself been the subject of backlash for his approach to the coronavirus, having suggested at the start of the pandemic that we should allow the virus to "move through the population."

Those comments—made on ITV's This Morning —furthered the suggestion Johnson was in favour of herd immunity, which increases resilience by first allowing a certain percentage of the population to become infected.

The UK received praise for its initial roll-out of the Covid-19 vaccine, although the country hasn't been as strict as certain European counterparts in enforcing jab mandates.

Tennis fans across the globe continue to await the results of Djokovic's appeal in his bid to win an 11th Australian Open crown, but his chances of defending his Wimbledon throne appear far more secure.