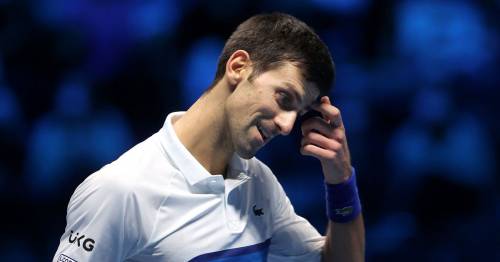 Australian Open director Craig Tiley has revealed he has spoken to Novak Djokovic but remains uncertain over his participation at the first Grand Slam of 2022.

After a long period of speculation, it was confirmed that tennis players must be double-vaccinated if they wish to participate in the Melbourne tournament – which. gets underway on January 17.

The Serbian world No 1 has spoken of his doubts regarding the vaccine and has refused to share his Covid jab status, leading many to think he may miss out on the Australian Open.

If that is the case, Djokovic – whose 2021 season ended in disappointment after missing out on ATP Finals glory – will not be able to compete for a record-extending tenth Australian Open title and record 21st Grand Slam crown.

And speaking ahead of the tournament, Tiley believes up to 95% of players will be vaccinated against Covid in time for the Australian Open, but even after speaking to Djokovic, he is unsure what he will decide to do.

"Today more than 85% are [vaccinated]," Tiley said about the professional players on local radio station SEN on Thursday.

"And we take a lot of credit for that because we put a vaccination requirement on it. We think by the time we get to January it will be between 90-95% vaccinated because if you’re not, you cannot play."

Despite Djokovic’s status being up in the air at present, Tiley is confident that the 34-year-old will want to compete at the Rod Laver Arena next year and attempt to defend his title.

"Novak has won nine Australian Opens, I’m sure he wants to get to 10," Tiley added on Thursday.

"He’s on 20 Grand Slam titles as is Rafa Nadal, who is coming, and Roger Federer. One of them is going to surpass the other and I don’t think Novak would want to leave that feat to someone else."

Tiley also mentioned that "one or two players" are not able to take the vaccine due to medical exemptions, which are in line with Victoria’s health rules.

He added: "And so it should be, because there shouldn’t be any preferential treatment coming into the state compared to what the regular community is going through."

The entry deadline for the first Grand Slam of 2022 is looming, and Tiley had on Wednesday reminded the world No 1 that time is running out for him to get the jab if he hasn't already had it.

"At the end of the day, you want to give everyone the best possible chance to get in, and to do it within the parameters which we can," he said.

"We've got to still process the visa, and also process the exemption. Time is running out, and obviously you can get one vaccination – the Johnson & Johnson shot – but if you need a double vaccination, that window between the two vaccines is really closing."