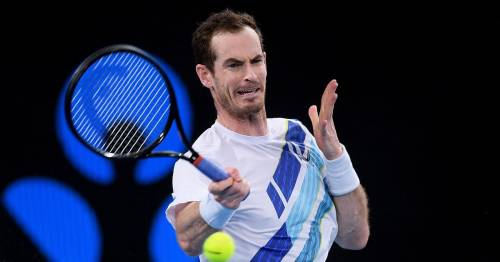 Andy Murray has in the past turned down a seven-figure sum to play an exhibition match in Saudi Arabia, according to the British tennis star's representative.

Saudi Arabia has played host to many major sporting events in recent years after flexing its financial power – with plenty of star names competing in the country down the years.

However, Murray has held firm when approached with lucrative offers to compete in Riyadh, Abu Dhabi, due to the country's human rights issues.

Murray's agent made the revelation ahead of the Australian Open getting underway on Monday – in which the three-time Grand Slam winner will take on 21st seed Nikoloz Basilashvili in the first round.

"He’s turned down stuff in Saudi and I don’t think he would play there just because of what’s gone on," revealed Matt Gentry, who is the co-founder of 77 Sports Management, as quoted by The Times .

"If he feels strongly about something regardless, he’s at the stage where he will happily call it out and he will have that debate with people. I don’t think he’s scared to voice his opinion on it."

Murray's rivals Novak Djokovic and Rafael Nadal were set to compete in an exhibition event in the country back in 2018.

However, it was called off due to the Spanish tennis legend sustaining an injury.

Roger Federer, meanwhile, had already turned down an advance to participate in Saudi Arabia.

Saudi Arabia's human rights issues continue to prove a real concern – with many big name sports stars expressing their huge worries about the situation in the country, most notably Lewis Hamilton.

Critics have said Saudi Arabia has thrown huge sums of money at sport – including golf, boxing and F1 – in recent years as part of their 'sportswashing' plan to improve the country's international image.

Same-sex marriage is illegal in Saudi Arabia, while any homosexual act can also be punished by flogging or imprisonment. Furthermore, capital punishment can be used.

And Gentry said Murray just simply isn't 'interested' in entertaining any offers from a country where there is still also an ongoing battle for full equal rights for women.

"Exhibition matches, they have done a few over the years where they have paid eye-watering sums of money to get players to come over, and he just wasn’t interested." Gentry added.

"If you are a former No. 1 player in the world in the Middle East you could potentially earn $1 million, $2 million for an exhibition match… this is for the top players, the big global names, and I think golf is probably pretty similar in that respect."

F1 staged its first ever Grand Prix last month in Jeddah, while golf's Asian Tour will stage the Saudi International near the city next month where there will be $5million in prize money.