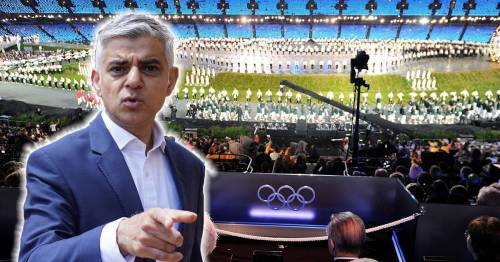 Mayor of London Sadiq Khan has confirmed he has held talks with the International Olympic Committee to host the Olympic Games again, in what he coins the ‘greenest Games ever’. London last hosted the famed sporting event – with great success – back in 2012.

Ten years later Khan is now planning an Olympic return for the capital, with the hope of hosting either the 2036 or 2040 Games. During a five-day trip to the United States, the Mayor told ITV that he had been in contact with the IOC about a return to London.

He said: “We've got the facilities in London so the cost wouldn't be humongous and we could have the greenest Olympics ever.

“We're working on the preliminary plans, we're talking to the IOC, so watch this space.” Of course Khan mentioned that the capital city already has the ‘facilities’ to host an Olympics, following the building of stadia and arenas for the 2012 event.

However, there could well still be a number of planning challenges with the majority of Olympic builds since being downsized or being put to other use. The 2012 host stadium is now the home to Premier League side West Ham United, and has reduced in capacity from 80,000 to 60,000.

The Olympic Stadium is now home to West Ham United.
(

Similarly the aquatics centre has also received a downsizing since 2012, whilst the Olympic village that housed the Olympians during the Games has since been re-used as housing for Londoners. Despite Khan’s comments Mail Online have reported that the British Olympic Committee have yet to be involved in any conversations surrounding a bid.

The IOC have also refused to confirm what discussions had already been had with Khan. A spokesperson for the Committee said: “At this stage in the process, any contact with an interested party from whatever city would remain confidential.”

Would you like to see the Games return to London? Let us know in the comments section below.

Khan hopes to bring the Olympics back to London.
(

A decision on who will host the 2036 Olympics is set to be made between 2025 and 2029. Other interested parties are said to be India – the largest nation to never host the Games – who are looking to submit a multi-city bid. Three other countries that have been linked with a bid are Egypt, Turkey and Russia.

The next Olympic Games will take place in two years time and will be held in the French capital of Paris. The event will then make the move to the United States for the first time in 32 years when Los Angeles hosts the 2028 Games, whilst Brisbane, Australia will then play host four years later in 2032.