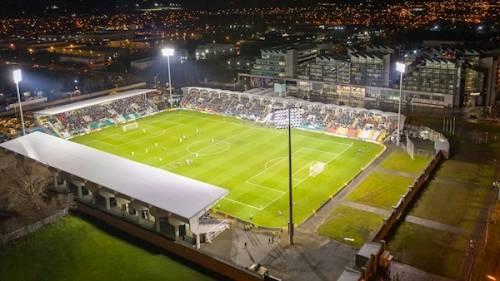 While Shamrock Rovers have welcomed plans for a League of Ireland resumption behind closed doors, Sligo Rovers have deemed the proposals impractical.

All senior clubs are currently studying a detailed 40-page FAI document on how football might restart when it is safe to do so, with early SSE Airtricity League leaders Shamrock Rovers saying they are encouraged by the guidelines which are being put in place.

In a statement, the club said: “Unlike many European leagues and the English Premier League, the League of Ireland got as far as game #5 when the closedown commenced. Many other leagues are at the final stages of their competitions and some have taken the decision to cease at this point.

“We are in a different situation and need the return to football in 2020 to continue with our domestic season in addition to being prepared to play in the 2020/2021 UEFA competitions when they commence later this year.

“We know that ‘normal’ is not coming to society in general for quite some time, perhaps up to 18 months from now, so we need to adapt to these times, and playing with reduced crowds or no crowds and streaming the games is a positive for the game.”

Head Coach Stephen Bradley said: “I welcome the work done by the clubs, PFAI and the FAI in putting together a comprehensive set of guidelines, from the resumption of training to matchdays, that will allow our league recommence whenever it is safe to do so.

“Football is not just a game, this is the occupation of our squad and like everyone else, we are keen to return to work and we will be ready to participate fully with all health and safety guidelines and instructions.” However, speaking on Ocean FM, the chairman of Sligo Rovers said that playing behind closed doors would not be practical for his club.Tommy Higgins said the document, compiled by the FAI, NLEC and PFAI and entitled ‘Return to Football – Behind Closed Doors’, brings with it a lot of complications.

“Finance is one thing, but the practicalities are another,” he said. “There is a 40-page list of to-dos and not-to-dos. The resources required would be prohibitive. From our point of view, it is not practical for us. I think our club would be against it. It is just not feasible. The cost factor is prohibitive and I don’t know who would be able to afford it “My view from the start was that the 19 June (restart date) was very ambitious and it would be September at the earliest when games could be played. You have to credit the FAI because they gave us choices and put a plan in place. If it is not June, we look to September, but it is still early days yet so we will see what happens and if September is a time for kicking off again.

“That puts up another obstacle. We would have to go back to winter football. In the circumstances that would be fine. We’re just itching to get it back up and running again.

“However, we have to listen to scientists and experts. The entertainment industry is looking like they are nearly writing off all of 2020. The vast majority have been switched to 2021, they’ve just flipped it a year. That does tell us something in terms of events, and it is a worldwide practice.“

Previous : Neutral venues could be a safer option to host key matches
Next : Canada Lost All 6 People Aboard Helicopter That Crashed in Mediterranean