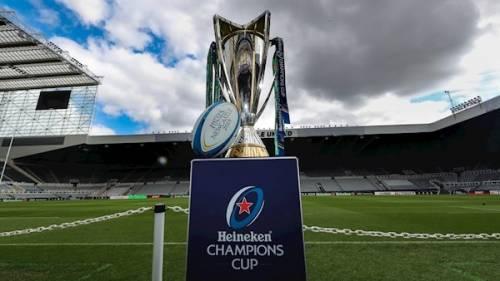 Heineken Champions Cup organisers have insisted they remain committed to completing this season’s European knockout competitions, despite the decision by the French government to ban all sporting events until September.

Prime Minister of France Eduoard Philippe announced on Tuesday his government was banning sports events, even those behind closed doors, throughout this summer due to ongoing concerns about the Covid-19 pandemic, which has claimed more than 23,000 lives in the country. The decision effectively ended hopes of the country’s leagues and major competitions reaching their conclusion.

Football’s Ligue 1 and 2 campaigns were brought to an immediate halt while rugby’s Top 14, run by Ligue National Rugby, was set to make a similar decision on the domestic top flight’s 2019-20 season.

“The 2019-2020 season of professional sports, including football, will not be able to resume.

“It will be possible, on sunny days, to practice an individual sporting activity outdoors, obviously respecting the rules of social distancing.

“It will not be possible, neither to practice sport in covered places, nor team or contact sports.”

That would also appear to severely limit the options of European Professional Club Rugby in structuring an end to its 2019-20 Champions Cup and Challenge Cup competitions, which still has to complete its knockout stages.

Four-time European champions Toulouse are due to host Ulster at the quarter-final stage at which there is an all-French tie between Clermont Auvergne and Racing 92 also scheduled, while Toulon, Castres Olympique and Bordeaux-Begles are still in the Challenge Cup last eight. The finals of both competitions had been due to take place in Marseille, with EPCR deciding last month to cancel their proposed finals weekend set for May 22-23.

Responding on Tuesday to the French Government’s announcement, EPCR issued the following statement.

“Having noted the directive regarding the staging of sporting events in France, EPCR remains committed to making every effort to conclude the knockout stages of the 2019/20 Heineken Champions Cup and Challenge Cup season subject to official advice and with the health and welfare of players, club staff, match officials, supporters and the wider rugby community in mind.

“EPCR will now consider this latest development with its league and union shareholders before deciding if further comment is required at this time.”

LNR’s Steering Committee last Wednesday decided to abandon one of its return to play scenarios which would have seen the final phases of the Top 14 moved from the end of June to mid-July, and was waiting for the French government to signal its intentions for lifting the current lockdown restrictions, which had been set to run until May 11.

With France’s COvid-19 death toll the world’s fourth-highest behind the United States, Italy and Spain, Prime Minister Philippe did announce a measured easing of restrictions in a bid to get his country’s economy moving again but it is clear the organised and professional sport is a long way down the list of priorities.