Thanks to the achievements of the players who wore them, certain NBA jersey numbers have become synonymous with championship wins, MVP victories and spectacular scoring feats.

With the 2019-20 NBA season on hold for the foreseeable future, it is an opportune moment to explore a selection of the NBA’s most iconic numbers.

In the latest feature in our series, we take a look at a pair of iconic NBA players who wore No 21, both of whom will enter the Basketball Hall of Fame in 2020. 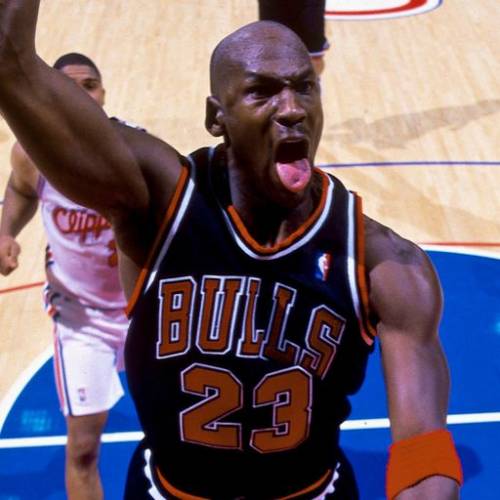 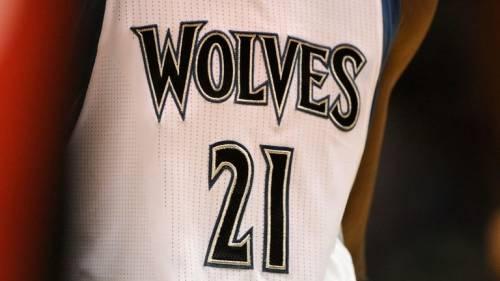 Image:
Garnett had two spells with the Minnesota Timberwolves

Known as the ‘Big Ticket’, Kevin Garnett forged a reputation as one of the most intense, passionate players in NBA history. Entering the NBA straight from high school in the 1995 Draft, ‘KG’ played for 21 seasons and earned 15 All-Star selections and nine All-Defensive first-team selections. He led the league in rebounds for four consecutive seasons (2004-2007) and was named Defensive Player of the Year in 2008.

He spent his first 13 seasons with the Minnesota Timberwolves, leading the team to the playoffs in eight consecutive seasons, a run that culminated in an appearance in the 2004 Western Conference Finals. That season Garnett led the league in total points, field goals made, and total rebounds, while earning the regular-season MVP award. 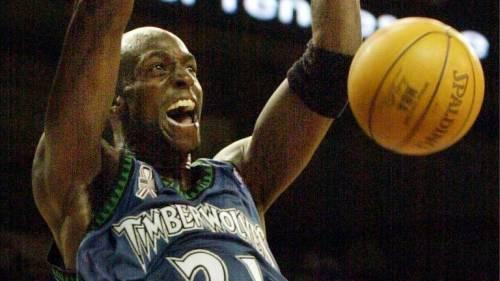 Try as they might, the T-Wolves were never able to put a championship-winning roster around Garnett. Fortunately for him, a 2007 trade to the Boston Celtics gave him the chance to cap his glittering career with a championship ring.

Freed from the chill of Minnesota, Garnett paid off instantly in Boston, where he swapped his famous ’21’ for ‘5’ (the Celtics had retired 21, worn by Bill Sharman, in 1966). The Celtics won a championship in his first year and arguably could have had multiple titles had it not been for other mishaps, most notably when Garnett suffered a knee injury that caused him to miss the entire 2009 playoffs. 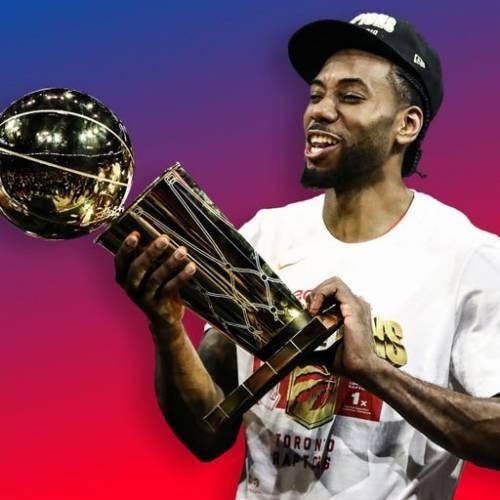 Garnett left Boston in 2013, seeing out the last years of his career with the Brooklyn Nets and a return to Minnesota under coach Flip Saunders. In February 2020, the Celtics announced their intention to retire Garnett’s jersey during the 2020-21 season.

Doc Rivers, Garnett’s coach in Boston, said: “He is the greatest superstar role player ever. He was a superstar, but he played his role for the team anyway, somehow. I don’t know how he did that, but he did it. He changed the culture of the Celtics franchise. He really did. We needed a guy like that to come to the franchise, and he did that and it’s still there. It hasn’t left since. That was all Garnett.” 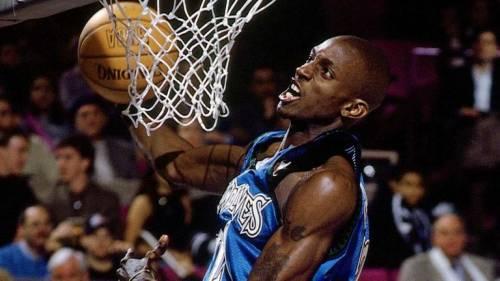 Watch the 10 most explosive dunks of Garnett’s career

Sky Sports NBA analyst Mike Tuck acknowledged KG’s influence on his career: “I really looked up to Kevin Garnett. It was the energy he brought to every game – he never took a night off – that attracted me to his game.

“We’d seen all these traditional big men in the NBA pounding the ball in the post and scoring in the paint. ‘KG’ could do that but you’d also see him bring the ball up the floor, shoot a three-pointer or drain an 18-foot jumper. Garnett and Dirk Nowitzki were the first big men to stretch the floor and show big men could be versatile. 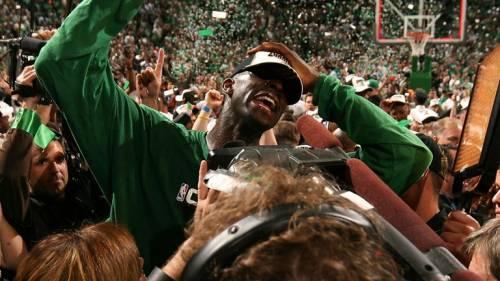 “Garnett would do it on both ends of the floor. He would take the responsibility of putting himself on the other team’s best player, whether it was a guard or a forward. He was a complete player.

“Seeing him win a championship with the Boston Celtics was very special. Garnett screaming “anything is possible” in the interview after winning the title is one of the most iconic moments in NBA history.” 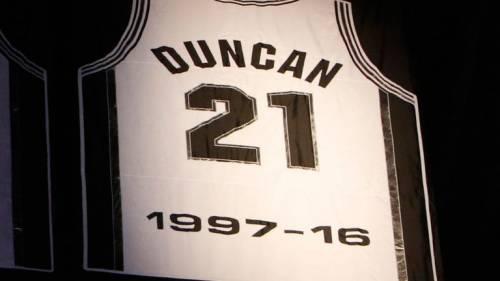 Image:
Duncan’s 21 jersey was retired by the San Antonio Spurs in December 2016

Tim Duncan was famous for not saying very much. He didn’t need to. The championship rings, MVP awards, individual numbers and team wins did the talking for him.

Duncan spent his entire 19-year career with the San Antonio Spurs. During his tenure, the Silver and Black won five championships and posted a 1,072-438 regular-season record. That’s a 71.0 winning percentage, the best 19-year stretch in NBA history and the best across the NBA, NFL, NHL and MLB during that span. 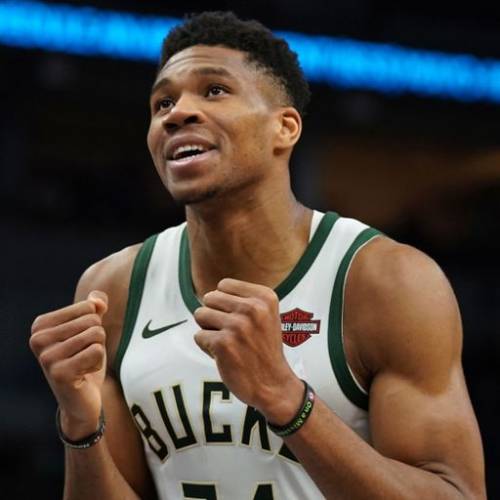 In his final season with the Spurs (2015-16), Duncan became the third player in league history to reach 1,000 career wins, as well as the only player to reach 1,000 wins with one team.

Originally selected by the Spurs as the No 1 pick in the 1997 NBA Draft, Duncan helped San Antonio reach the playoffs in each of his 19 seasons and became the only player in league history to start and win a title in three different decades (1999, 2003/05/07, 2014). 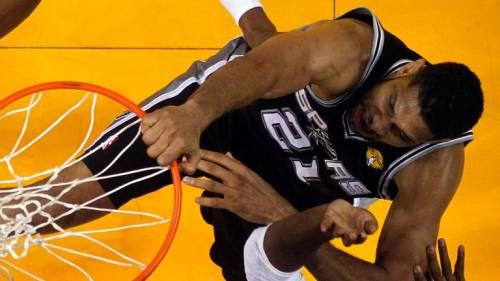 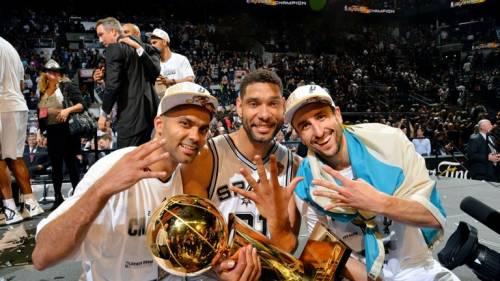 Image:
Tony Parker, Duncan and Manu Ginobili celebrate their fourth title together in 2014

Along with team-mates Tony Parker and Manu Ginobili, Duncan is part of the NBA record for most wins by a trio in both the regular season (575) and postseason (126). Duncan and Gregg Popovich have the most wins by a player-coach duo in NBA history (1,001).

“Tim Duncan was the NBA’s ‘Mr Fundamental’ and he gained popularity and respect in a manner that was completely opposite to the other superstars of the 2000s,” Sky Sports NBA analyst Ovie Soko said. “He wasn’t a flashy scorer like Allen Iverson or a highlight-reel dunker like Vince Carter. At first glance, guys like Kobe and KG would seem way more entertaining than him. 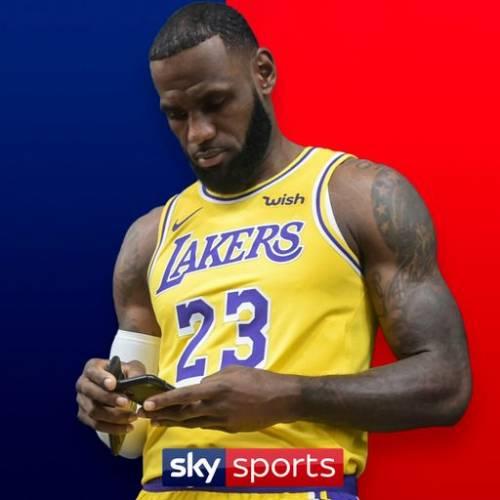 “But when you take a closer look at his game, you start to see how effective Duncan truly was. His play on those Spurs teams almost turned the game from a flashy, high-speed thing into a very fluid art that wasn’t about how high you could jump. He broke the game down to a science. 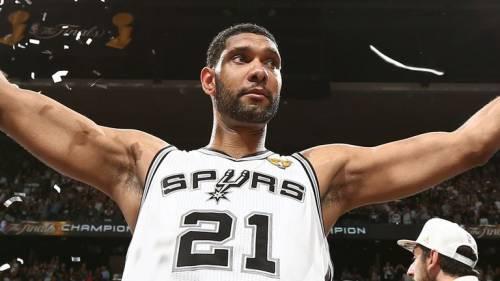 “With Duncan and Garnett, you don’t have any ‘what ifs…?’ They fulfilled their potential to the max. They played the game to the fullest, got everything from their ability and approached it the right way, in their own way. They left their mark on the game and their mark on the franchises they played for. They influenced every basketball player to ever pick up a ball. Anybody who plays basketball is aware of their journeys.”

Want to watch even more of the NBA but don’t have Sky Sports? Get the Sky Sports Action and Arena pack, click here