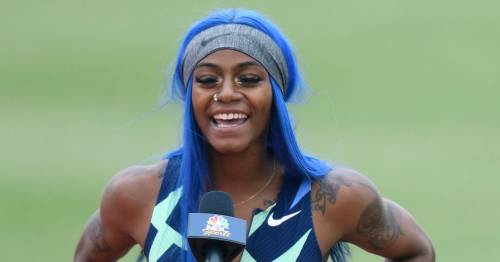 Meet Sha’Carri Richardson, the pocket rocket out to bring down Dina Asher-Smith

Dina Asher-Smith takes to the Gateshead launchpad tomorrow with two pocket rockets standing between her and Olympic glory.

She knows all about Shelly-Ann Fraser-Pryce, who denied her a World Championship golden double in Doha by forcing her to settle for silver in the 100 metres.

But Sha’Carri Richardson, at 5ft 1in almost as tiny and every bit as fast as the Jamaican great, is a largely unknown quantity.

The year-long Tokyo postponement has been a curse to many but it allowed for the stunning emergence of this 21-year-old, who oozes sass and self-confidence in equal measure – and plans to make it count.

“I’m not worried about anybody in the race, no matter who it is,” declared the American. “Dina? I honestly don’t know a lot about her.” 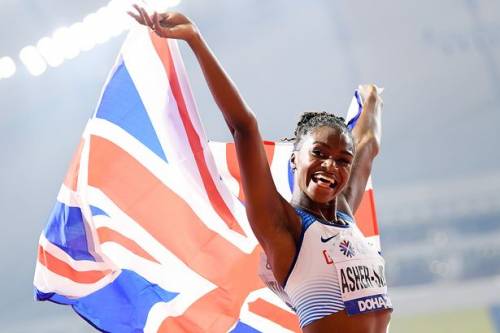 Last month Richardson clocked 10.72secs in Florida – a time bettered only twice in Olympic history and a good bit faster than Asher-Smith’s 100m best of 10.83.

Whether she can do it on a cold night in Gateshead, let alone under the Olympic glare in Tokyo, we will have to wait to find out.

But there is little doubt this is an athlete going places and one fuelled, it would appear, by a drop or two of anger. 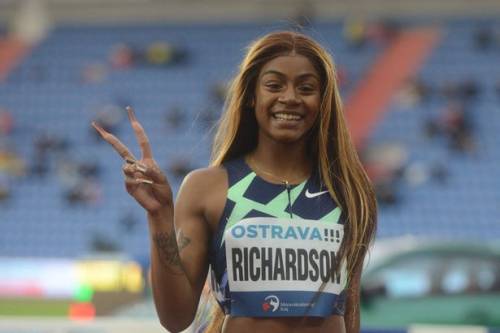 “I definitely deserve more respect,” said an athlete abandoned by her mother and who tried to take her own life at high school.

“When I run a time it’s always I’m just fast ‘for an American’, or just fast ‘because I’m young’. I feel like there’s always an excuse for my success.”

She speaks her mind. After her first race outside of the US, in Ostrava on Wednesday, she tweeted: “First & last time here, not impressed at all.”

Then there is her take on the anti-doping authorities who, she contends, “invade our privacy.. I definitely feel we have a target on our backs”. 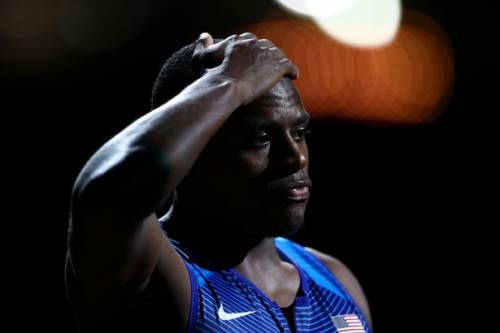 Richardson at least recognises there is a need, as a role model, to not only be clean but seen to be clean.

Yet she added: “They are after us. They are coming for us. You have to stay on guard, be on your toes.” 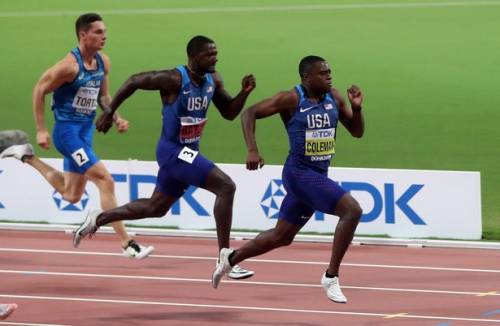 Coached by Dennis Mitchell and training alongside Justin Gatlin, both convicted dopers, she says she has no concerns her reputation could be tarnished by association.

“I know what I do,” said the Texan. “Y’all don’t have to worry about any doping situations coming from me. 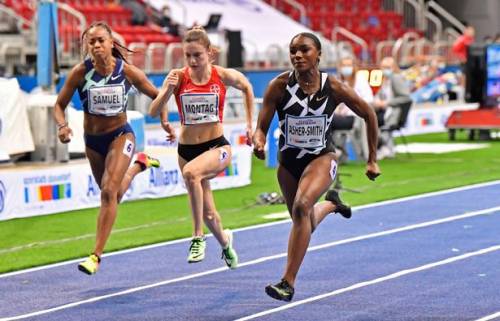 With her long fingernails, frequently dyed hair and strident views on everything from Black Lives Matter to women’s rights, she is a personality alright.

But Asher-Smith will have a big say in whether she is also to become a golden girl.