Having been replaced as the Reds’ first-choice goalkeeper by Alisson Becker following a nightmare display in the 2018 Champions League final, the 26-year-old went to play for the Istanbul giants.

Karius has had a topsy-turvy time in Turkey and recently reportedly filed a complaint to FIFA over unpaid wages, with the German goalkeeper now calling a premature end to his two-year loan deal.

“Hi everyone, today I terminated my contract with BEŞİKTAŞ,” he wrote on Instagram.

“It’s a shame it comes to an end like this but you should know that I have tried everything to solve this situation without any problems.

“I was very patient for months telling the board over and over again. Same things happened already last year.

“Unfortunately they haven’t tried to solve this situational problem and even refused my suggestion to help by taking a pay cut.

“It’s important to me that you know I really enjoyed playing for this club a lot. 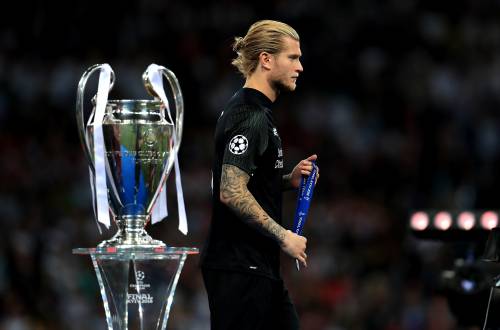 “BEŞİKTAŞ can be proud having such passionate fans behind them always giving amazing support. You always supported me in good and bad times and I will always remember you in the best way!”

While the loan has ended early, Karius cannot play for Liverpool again this season if and when it restarts.

The PA news agency understands he will return to Germany for a break as the club and player awaits clarity on the landscape amid the coronavirus pandemic.

Previous : Ross Brawn reveals a further Formula One spending cap is close to being agreed
Next : Spiny and delicious, sea urchins shine in a new documentary