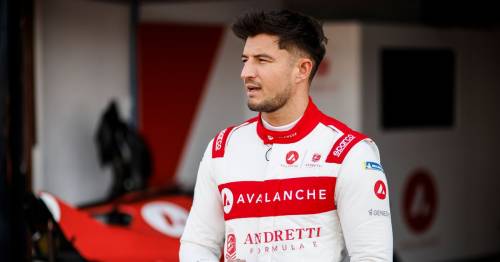 Jake Dennis' best grid position so far this season is second but he believes the new qualifying format was the "step forward that Formula E needed".

The Avalanche Andretti driver mounted a title charge in his rookie season last term but is yet to truly get going this time round. A third place finish in the season opener in Saudi Arabia proved he and the team had the pace to compete with the likes of Mercedes and DS Techeetah.

Dennis sees the team as more of a force in qualifying, which is exactly what he would want from his machinery this term given the new qualifying format. Last season he benefitted from the format as a rookie, that was until he found himself in the upper echelons of the standings.

Jake Dennis made a rare visit to Monaco last time out, finishing ninth

The changes for this season mean we are seeing familiar faces at the front, but the Englishman insists that can only be a good thing. He said: "I'm a fan, it was a step forward that Formula E needed in terms of the championship level. Obviously last year it created lots of unpredictability, the championship leader starting at the back.

"As I got better in the championship last year I became more and more negative towards the idea because I was the one in group 1. The whole idea of rivals fighting for P15 and P16 was not really attracting anyone. Whereas now you've got the top 10 all in the championship fight battling for first to tenth, which is what people want to see."

Dennis' last outing saw him finish ninth on the streets of Monaco. Championship leader Stoffel Vandoorne won the race on a track he's competed at many times. That is a luxury the young Englishman hasn't enjoyed and last year's visit to the principality was his first.

He feels at a slight disadvantage, but other tracks on the calendar, such as the street circuit in Brooklyn, allow him to be far more competitive due to the grid's lack of familiarity.

The 26-year-old said: "I did (feel like I was playing catch up) when I went to Monaco because everyone seems to have done Monaco seven or eight times because they drive it through Formula 3, F2. The first time I drove in Monaco was last year. All the championships I drove in I never did Monaco.

"That for me, even though I know it, for everyone it's like their home hunting ground. Especially the likes of (Sam) Bird, (Stoffel) Vandoorne, (Edoardo) Mortara – they've driven it so many times. Everyone is at such a high level. But when you got somewhere like New York, no one is at their optimum because they don't know the track like the back of their hand. But I love going to new circuits where everyone's on a level playing field."

Despite not being a Monaco regular Dennis still regards it as among the best tracks on the grid, also singling out the season opener in the Middle East as a favourite among the drivers. The current Gen 2 car does lend itself to certain tracks, but the Avalanche driver isn't sure Rome is suited.

He suggested: "With this current generation the likes of Monaco and Saudi Arabia, those tracks are perfect. I think Rome is actually a bit too small for Gen 2 as well, that's a bit too tight. I think Saudi, especially speaking to a lot of the drivers, that's everyone's favourite circuit. It is just a shame it's the first race of the year and then it's done."

Previous : Prince Charles fuels his 50-year-old Aston Martin with cheese and wine
Next : Landlord finds mountains of rubbish and unbearable stench in flat rental from hell