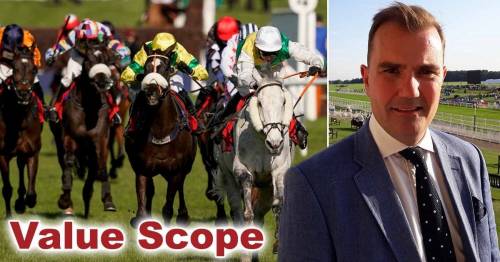 This Newbury handicap is often won by a future Group performer and it wouldn’t take much imagination to see this well-bred three-year-old holding his own at that level. He made a winning debut at Ffos Las before bombing out on testing ground in the Group 2 Horris Hill Stakes on his second and final start of last season.

His return to action back on faster going was much more like it. He travelled strongly in a prominent position and had enough left in the tank to see off race-fit Al Qareem. I’m sure that’s good form and he should have improved for that comeback run. Have 2pts each-way at 9-1, with Sky Bet paying out on five places.

Over at Newmarket, AUDITOR (2.25) is another horse who will like this return to faster ground. He couldn’t cope with the soft conditions at Chester last week and his wide draw meant he was poorly positioned.

It’s easy to strike a line through that effort and Martyn Meade’s sprinter had previously made a promising comeback when runner-up to progressive Live In The Dream at Sandown. His novice form was also good. Have 2pts each-way at 11-1, with several bookies paying out on four places.

Later on the same card, BULLACE (3.00) looks overpriced. He won first time out last year when landing a competitive Newmarket contest on his handicap debut before finishing a close third behind smart Mostahdaf in the Listed Heron Stakes at Sandown.

It didn’t work out for him later in the season but it’s worth chancing him after his winter break. Have 1pt each-way at 12-1, with four places up for grabs with several bookies.

There’s a competitive sprint handicap at Thirsk where PROSPECT (4.05) looks interesting. He caused a bit of a shock when winning over this course and distance early last month. His low draw gave him little chance when returned to Thirsk three weeks later and he’s copped a much better stall this time.

Trainer Paul Midgley, who is excellent with sprinters, seems to be running into form and he generally fires in plenty of winners once his team hits top gear. Have 1pt each-way at 14-1, with several bookies paying out on four places.