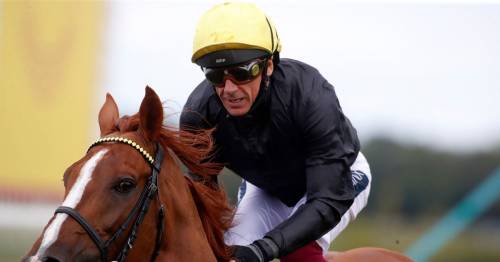 Stradivarius is “ready to rumble” in the Gold Cup at Royal Ascot on Thursday after reuniting with Frankie Dettori on the Newmarket gallops.

John Gosden’s star stayer bids to equal the record of four Gold Cups set by Yeats from 2006 to 2009 when he takes on a maximum of 14 rivals in the Ladies’ Day highlight.

The seven-year-old was in action under Dettori this morning, and the Italian beamed: “He’s ready for action.

“I’ve had some great moments at Royal Ascot and Stradivarius has provided me with three of them.

“I was genuinely stunned by his 10-length win in the race last year, and I’m sure he’ll be on his ‘A’ game on Thursday.”

Stradivarius met with defeat on his final three outings of 2020, following a second in the Prix Foy at ParisLongchamp with a seventh in the Prix de l’Arc de Triomphe at the same track and a tailed-off 12th in the Long Distance Cup at Ascot in October.

But he was back to winning form with a one-length supremacy over Ocean Wind in the Group 3 Sagaro Stakes at the royal racecourse last month, and is a general 10-11 favourite for a fourth consecutive Gold Cup triumph. 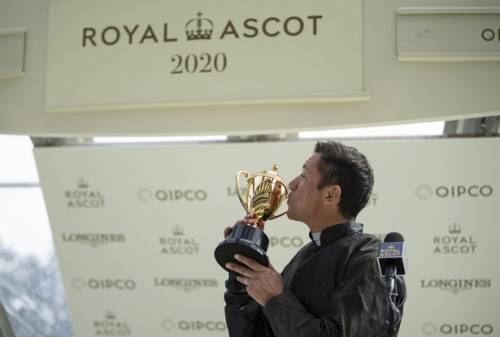 “Last back end, it didn’t really happen for him – the ground for the Arc was bottomless – but he was back on track at Ascot last time.

“Yeats was a great stayer – I had a distant view of his backside in those Gold Cups! – and to equal him would be some achievement.”

Yeats’s trainer Aidan O’Brien has added Serpentine to the field – the 2020 Derby victor is one of three Ballydoyle entries – to the field at a cost of £30,000.

Ladbrokes spokeswoman Nicola McGeady said: “The Ascot Gold Cup is the biggest betting race of the royal meeting and with Frankie Dettori reuniting with Stradivarius to make it into the history books, it’ll be one of the best-backed selections of the week.”