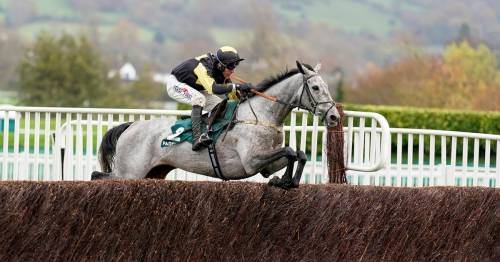 Saturday TV tips: Newsboy’s selections for the ITV4 races from Kempton and Warwick

ELDORADO ALLEN is fancied to return to winning ways in the Coral Silviniaco Conti Chase (2.05) at Kempton Park on Saturday

The Colin Tizzard-trained grey returned to action with an excellent and classy victory in the Haldon Gold Cup at Exeter at the start of November.

But a mistake five out compromised Eldorado Allen’s chance and, in a race where there are questions marks for various reasons against his three rivals, the eight-year-old rates the best option.

The upwardly mobile KAP AUTEUIL gets the vote for a sixth success from his last seven attempts as he locks horns with six opponents for the Coral “Fail-To-Finish” Free Bets Handicap Chase (1.32).

The handicapper has raised Toby Lawes’ seven-year-old 4lb as a result of a one-length margin over Somekindofstar at Fontwell Park in December, but Kap Auteuil still has more to offer.

His winning run came to an abrupt halt when pulled up in Sandown Park’s London National six weeks ago, but Christian Williams’ STRICTLYADANCER had been going places before that run and is worth another chance in the Coral Committed To Safer Gambling Handicap Chase (3.15).

Punters should put their faith in EARTH LORD in the Coral Lanzarote Handicap Hurdle (2.40).

The Philip Hobbs-trained son of Mahler took four attempts to get off the mark over timber, eventually coming good when stepped up to the two-mile, five-furlong trip Lanzarote trip at Wincanton in November.

Earth Lord then moved from novice company to handicaps, taking on 11 rivals at Ascot eight days before Christmas. Racing keenly under Niall Houlihan – Tom O’Brien is back in the plate this afternoon – my selection hit the front after jumping the second-last flight.

Earth Lord made a mistake at the final obstacle but still had enough in hand to hold Scarpia by three-quarters of a length.

The handicapper has reacted with a 6lb rise in the weights, taking the six-year-old chestnut to a new British Horseracing Authority rating of 133.

But that’s a mark that looks within range for a horse who still has a barrel load of untapped potential, and Earth Lord can take another step forward to give his trainer a first success in the race honouring the great Champion Hurdler of 1974.

At Warwick, CORACH RAMBLER can give his rivals weight and a beating in the Agetur UK Ltd Classic Handicap Chase (3.00).

Lucinda Russell saddled subsequent Grand National victor One For Arthur to land this race five years ago, and the Perthshire trainer has another strong candidate in this going-places eight-year-old.

Having returned to the fray with a chase-debut third at Perth in September, Jeremy’s son went two places better with a six-length supremacy at Aintree the following month.

And Corach Rambler posted another personal best at Cheltenham 15 days before Christmas, landing a novices’ handicap chase by a couple of lengths from Eva’s Oskar.

A British Horseracing Authority rating of 142 demands more, but Derek Fox’s mount has barely scratched beneath the surface.

Paul Nicholls’ THREEUNDERTHRUFIVE , another going from strength to strength over the larger obstacles, is hard to see past in the Grade 2 Wigley Group Hampton Novices’ chase (1.50).

The seven-year-old son of Shantou was having his first try in the discipline when second at Chepstow in October but has now rattled off a hat-trick of wins at Exeter, Cheltenham and Doncaster.

Adrian Heskin’s partner has to shoulder a 5lb penalty for his triumph in the December Novices’ Chase at Town Moor on his most recent start, but should prove up to the job.

The Grade 2 Ballymore Leamington Novices’ Hurdle (2.25) looks a good opportunity for SURREY QUEST to defend his unbeaten record over obstacles.

The Nicky Henderson trainee delivered in rookie events at Leicester and Doncaster in the first half of the winter, and there is plenty more where that came from.

Grosvenor Sport is offering new customers the chance to get £30 in FREE BETS when you bet £10 on any sport!

Simply register, place a £10 bet on any event and you will be credited with £30 in free bet tokens!

Just four runners turn up for the Alder Demain & Akers PMS Oxford Edward Courage Cup Handicap Chase (1.18) in which BRAVE SEASCA has the most convincing claims.

Venetia Williams’ seven-year-old comes here on the back of scores over course and distance and at Ascot, and the hat-trick beckons.

He ran below par against Champ and company in Ascot's Grade 1 Long Walk Hurdle on his seasonal comeback, but THIRD WIND is expected to show to the fore in the Pertemps Network Handicap Hurdle (3.35).

Previous : Mum spends baby shower alone in one-man tent after testing positive for Covid
Next : Ante-post tips at odds up to 33-1 including Cheltenham Festival 2022 and Grand National