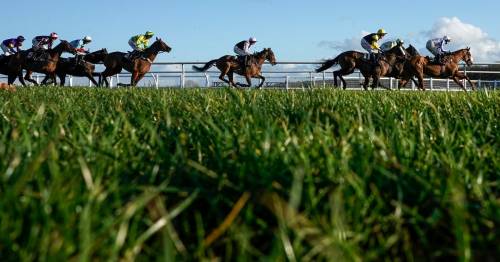 KAUTO THE KING (8.00, nap) can score a third win over fences in a month at Newton Abbot today.

The Joe Tizzard-trained eight-year-old was the only finisher in a three-runner handicap chase at Worcester last month, and confirmed his well being when winning a seven-runner handicap 11 days ago at this Devon track. It was a good performance to win a Class 2 event over an extended two miles, jumping well to take the lead at the last fence, before running on the beat Mercian Prince by a length and a half.

His yard is also in fine fettle, having a strike rate of 33 per cent, and despite a 5lb rise in the weights and an extra half a mile to travel, the gelding is should deliver the goods.

ZAIN NIGHTS (7.10, nb) was unlucky not the score on his handicap debut at Newbury last month, coming with a strong run on the run-in to be beaten a head by Australian Angel.

That was a promising run after a disappointing performance at Redcar on his seasonal bow, when finishing down the field in novice stakes. This three-year-old son of Decorated Knight, trained by Roger Charlton, had previously shown loads of potential when beating Lionel and Lysander on this course on heavy ground last October.

The runner-up went on to win a Listed event, and Lysander finished third in the Group Two King Edward VII Stakes at Royal Ascot last week.

Previous : Boy, 5, dies in hot car after being left for up to 3 hours by mum preparing party
Next : Long Covid IS a disability, tribunal rules in landmark discrimination case