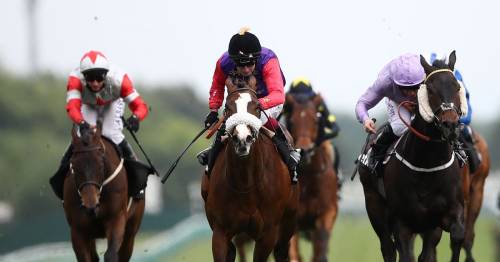 The Queen's horse King’s Lynn is in line for a shock Royal Ascot race switch, trainer Andrew Balding has revealed.

Favourite for the Wokingham Stakes in ante-post lists, the Kingsclere trainer is tempted by a potential clash with one of the stars at the top fixture.

King's Lynn, 10-1 with Paddy Power for the handicap option, could become a new opponent for Battaash in Tuesday's King's Stand Stakes.

Double the odds for that contest with some bookmakers, the four-year-old's target will be firmed up in the coming days.

If King's Lynn does tackle the Group 1, it would be a blow to his Wokingham backers – but Ladbrokes said he is the one horse they fear winning throughout the week.

"We haven’t yet decided what race he will run in," Balding said. 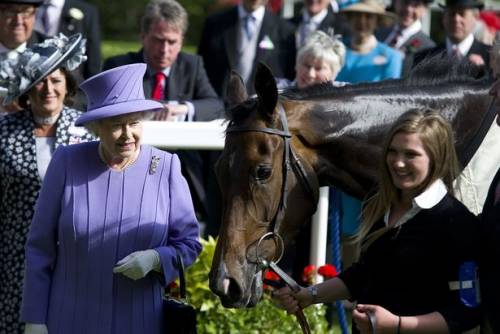 Queen Elizabeth II with her horse Estimate after its Royal Ascot win in 2012
(Image: Getty)

"He is in the Wokingham which he picked up a penalty to get into following his win at Haydock, so he is theoretically 7lb well-in.

"However, the King’s Stand has come to prominence as there are obviously question marks about Battaash and beyond him, it looks a fairly open race.

"It therefore makes it appealing to go for the King’s Stand despite a fair leap from a Listed race to a Group 1.

"He is a horse who is lightly-raced and I feel there is plenty more improvement in him.

"I don’t think ground conditions are a negative either. It’s a decision that John Warren and the Queen will be involved in making.

"If I had to bet on it, I think the King’s Stand is the more likely scenario at the moment."

In 2020, The Queen celebrated her first winner at the major summer event for four years when Tactical took the Windsor Castle Stakes.

Balding, an ambassador for Betway, said he is also making a late decision with regards to the colt's race 12 months on.

"We’re just going to wait for the moment," he said.

"Tactical is a very good horse, he’s won a Group 2 already and he would be competitive in the Jersey Stakes.

"However, the St James’s Palace is also interesting as there are question marks about a couple of the leading players over the ground. 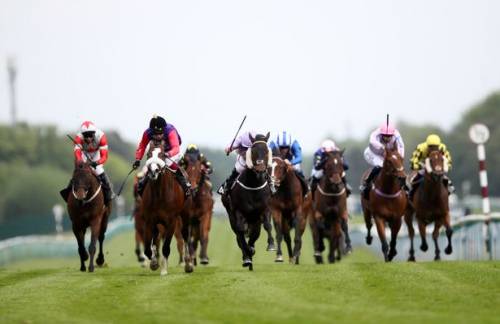 "It will enhance his prospects as a stallion if he were to finish in the top three in the St James’s Palace.

"Yes winning a Group 3 would be great, but it’s not as essential for him. If we felt he could finish in the first three in the St James’s Palace, we would think about it, but I think the Jersey is more likely, but we’ll see what is likely to turn up on the Tuesday."

The coronavirus pandemic meant the 2020 meeting was the first one The Queen missed in her 69-year reign.

The royal procession, usually a big feature of the week, is on hold this year as the track welcomes 12,000 spectators each day.

The 95-year-old reigning monarch did not attend the Epsom Derby last Saturday, for just the fourth time ever.