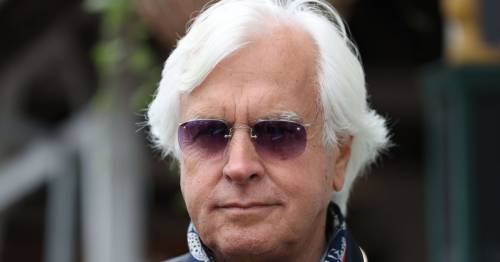 The shadow of disgraced US trainer Bob Baffert will loom over this year’s Kentucky Derby.

The horse, who was attempting to give the trainer a record seventh victory in the race, was subsequently disqualified and Baffert was eventually banned despite insisting he had not been intentionally doped.

But despite being banned from having runners this year, Baffert was still indirectly involved with the iconic race.

Tim Yakteen, his assistant of 20 years, will saddle Taiba and Messier, colts that were both previously under Baffert's care, in the race recognised known as the Run For The Roses.

Baffert, a farmer’s son from Arizona, said: “Messier and Taiba are phenomenal horses, and what matters most to me is that they get the opportunity to compete and win.

Medina Spirit was found to have the steroid betamethasone in his system.

Baffert claimed it was an ingredient from an ointment to treat a rash and was not an injection.

More controversy followed when Medina Spirit collapsed and died while exercising last December with an autopsy failing to pinpoint the cause of the death.

A heart attack was suggested, something Baffert, 69, himself suffered in 2012.

At Churchill Downs, any signs of recognition concerning Baffert’s success have been removed – the trophies along with the roll-call of his victories.

The clubhouse that had been labelled the Baffert Lounge is now the Ben A Jones Lounge.

His achievements have been littered with incredible worldwide success but also with endless controversy.

Bob Baffert is suspended from training
(

This March Baffert controversially celebrated a second victory in the Dubai World Cup when Frankie Dettori partnered Country Grammer to victory at Meydan.

Many believed he should not have been holding a licence as his ban was due to take place from March 8 but Baffert was granted a stay until April 4 to gain time for an appeal.

Last month Baffert was eventually banned for 90 days by all states in America.

Nicknamed the silver fox due to his shock of white hair, Baffert plans to resume training from his current base in California when the suspension ends on July 2.