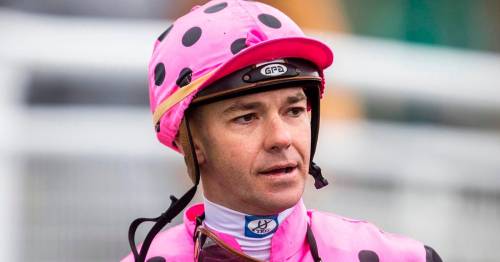 A jockey who fractured his neck during his first fall in 17 years has made a "new motto" for his return.

Keagan Latham is fully healed from multiple injuries he suffered during an incident at Hawkesbury races, Australia in August.

After he was thrown from Who Loves To Dance, the impact caused concussion, fractures to his neck and back as well as a broken collarbone.

Until the accident, the South African expat had never fallen at the track before in all his years of competing as a professional jockey.

At the time, he was enjoying a particularly fruitful spell, riding 100 winners for the first time since moving to Australia over the course of 2020-21.

“I’ve been back riding work for a week or so now and I’m going to do a few jumpouts at Randwick on Friday,” Latham told Racenet.

Keagan Latham will make a comeback from injury very soon
(

“I’ll evaluate how I feel over the next few days but I’m looking to get back to the races at the Friday meeting on the Kensington track next week.

“I’ll just monitor how the body is holding up this week but so far so good. I feel really healthy.

“I’d be lying if I said my fitness was great but it’s getting better every time, I sit on one.”

Doctors gave him a 12 to 14-week recovery time.

Before the fall, Latham had won another of the races on the card at the track, around an hour from Sydney.

He was positioned at the rear of the field when he came down, not making contact with any of the other runners.

In the aftermath the stewards instructed an inspection of the track, but no areas of concern were observed.

After surgery and rehab, Latham cannot wait to return to action.

“It will be back to the drawing board when I come back and we’ll be focusing on getting back to where I was prior to August," he said.

“Head down bum up will be the motto.”