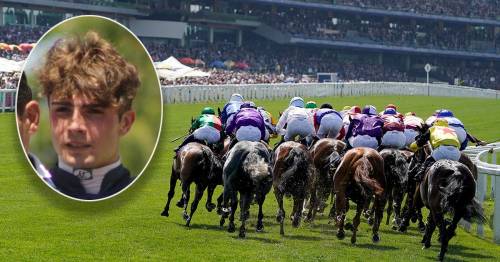 Racing fans are mourning the loss of a promising young jockey who has tragically died at the age of 19.

French jumps rider Benjamin Messina was involved in a serious car crash in the early hours of Sunday morning.

Emergency services rushed to the scene in Marigné-Peuton but they sadly could not save the teenager and two other people, a 31-year-old man and a woman, 26.

The accident happened at around 3.30am on Sunday and 15 firefighters attended, a report from Equidia states.

The tragedy comes just a few weeks after Messina rode his first winner on the track in France.

He was also successful at Craon racecourse on June 13 riding Hunion Delabrairie.

Messina, who had 51 rides in total and was from Athée, made his debut aboard Fairy Of Light in January 2021.

He had worked for trainers including William Menuet, Alain Couetil and Bertrand Lefevre.

It is understood Messina was due to ride the horse he had first first success on, Gag Du Boulay, at Corlay on the Sunday – and the thoroughbred won with Maxime Bonsergent in the saddle.

Former jockey Jacob Pritchard Webb, who had his career cut short by a serious fall in France two years ago, was among those paying tribute to Messina.

Sharing a picture of him at Craon, he wrote: "This young lad had it all there as raw potential… the trainer to the right of him (Bertrand Lefevre) gave me my best days in the saddle and he would have done the same for this young man! RIP Benjamin your success will be treasured."

A second person wrote: "Taken so young, with his whole life in front of him, very tragic. Thoughts and condolences with his friends and family. #RIPBenjamin."

And a third added: "So very, very sad RIP Benjamin."