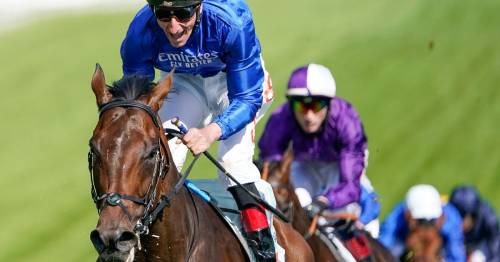 Adayar continues to blossom at home ahead of his fascinating King George VI and Queen Elizabeth QIPCO Stakes clash with Love.

The Cazoo Derby hero was committed to the summer showpiece in the aftermath of his Epsom heroics, a track where the Aidan O'Brien-trained favourite spreadeagled her Oaks field 12 months earlier.

Unlike Love, sent off a hot favourite to win the fillies' classic, Adayar was 16-1 to add his name of the colts' roll of honour.

After significant late market support, having been a much bigger price in the build-up, the son of Frankel showed an excellent turn of foot to power clear of his rivals by four-and-a-half lengths.

Following the eye-catching display, form boosted by stablemate Hurricane Lane at the highest level, trainer Charlie Appleby decided to give Adayar the chance to fill his frame.

"Twenty-four hours after the Derby we felt the King George would be the race for Adayar," he said.

"We just wanted to give him the time to develop from Epsom. 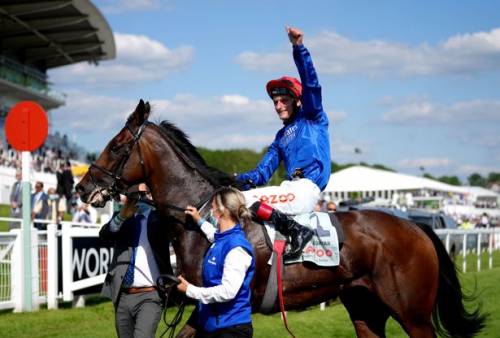 “Hurricane Lane ran well too and he took the race well, we also felt the Curragh and the track conditions would suit him. In the end the ground was a bit quicker than you might have expected but he went very well on it. The sons of Frankel can go on anything, they like to train and they love to run.

"We are genuinely sitting here getting really excited by what Adayar does and it'll help decide where we run these two good horses for the rest of the season.

"I’m delighted with his preparation, he looks a million dollars and there should be some pace in the six runners which will suit us."

Six runners will face the starter this weekend, with Lone Eagle, Mishriff, Wonderful Tonight and Broome also in opposition.

“Love is going to go off favourite and deservedly so on what she’s achieved, but I genuinely think we should be bang there as well. It’ll be fantastic to watch and whoever wins it will be ‘king of the mile and a half division’ for the foreseeable future," Appleby added.

“We hear it year-in-year-out that it wasn’t a classic Derby but from the Eclipse onwards it always sorts itself out. The Derby as it stands at the moment looks as though it was a good Derby, so I hope some pundits are right when they suggest we should be favourite. 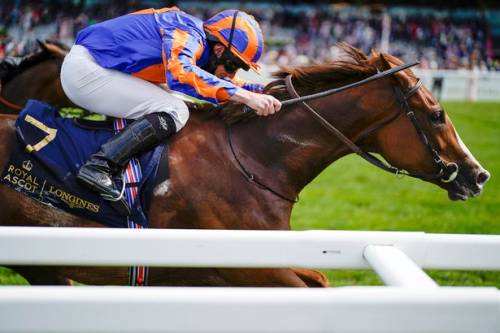 "It’s one of the major races of the calendar year so to have a horse who on the book is looking very competitive is very, very exciting. Let’s hope he can come out on top. It’d be one lovely feather to have in the cap, there’s no doubt about it."

Adayar bids to become the first Derby hero since Galileo in 2001 to go on and win the King George VI and Queen Elizabeth QIPCO Stakes.

"It has got a lot of the best middle-distances around at the moment, it’s got three-year-olds against older horses, and it’s got fillies against colts.

"It also has the Derby winner, which isn’t that common these days.